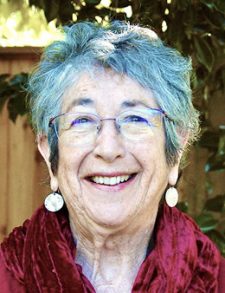 
Bonnie Sherr Klein was born in Philadelphia on April 1, 1941 and immigrated to Canada with her husband in 1967 in opposition to the Vietnam War. She has since made more than 25 films, the best-known of which, for the NBF, is Not a Love Story, A Film About Pornography, 1981. Now an Officer of the Order of Canada, the award-winning documentary filmmaker, writer, and anti-war and climate change activist suffered a catastrophic brainstem stroke in 1987. On a summer day, she and her husband Michael were enjoying a few days alone at their cabin. After a day in the outdoors, Klein became weak and nauseous. When she began to stagger and slur her speech, her husband, a physician, rushed her to the hospital in Montreal. Two weeks later, she suffered a second, nearly fatal stroke. Klein was 46 at the time. She spent seven months in the hospital and three years in rehabilitation. Eventually, Klein learned to get around with two canes or a motorized scooter. She moved to British Columbia in 1993 and subsequently co-wrote a memoir, Slow Dance: A Story of Strokes, Love and Discovery (Knopf) with Persimmon Blackbridge, for which they received the 1998 VanCity Women's Book Prize. She has since co-founded KickstART Society for Disability Arts and Culture, made the film Shameless: The ART of Disability (2006) and published a children's book, Beep, Beep Bubbie (Tradewind 2014, reissued 2020), in which Kate is upset when her grandma (Bubbie) gets a motorized scooter. Kate slowly warms to the scooter after she sees what a good friend it is to her grandma. Shopping at Granville Island Market with Bubbie on her scooter turns out to be fun and her little brother Nate loves the scooter’s bells and whistles. Illustrations are by Elisabeth Etudes-Pascal. Klein now moves through the world on a motorized scooter named Gladys. She--not Gladys--is the mother of Naomi Klein, author of the international bestseller No Logo: Taking Aim at the Brand Bullies, and other books.

Slow Dance: A Story of Strokes, Love and Discovery (Knopf 1997)

Articles: 1 Article for this author
Order of Canada
Press Release (2013)

The Order of Canada, one of our country's highest civilian honours, was established in 1967, during Canada's centennial year, to recognize a lifetime of outstanding achievement, dedication to community and service to the nation. Over the last 45 years, more than 5,000 people from all sectors of society have been invested into the Order.

Some of the BC-based appointees honoured for their contributions and achievements in the fields of arts, culture, and heritage community include:

Julie Cruikshank, OC, of Vancouver, for her contributions as an anthropologist whose research in the North has helped to preserve the history of Indigenous peoples;

Bonnie Sher Klein, OC, of Vancouver, for her achievements as a filmmaker, writer and social activist who used her work to shed light on the issues of peace, women's rights and the lives of people with disabilities;

Ian Wallace, OC, of Vancouver, for helping to shape Canada's contemporary art scene over the past 50 years as one of the most influential art photographers of his generation;

James K.M. Cheng, CM, of Vancouver, for helping to develop the Vancouver style of architecture, influencing the face of a city and a generation of Canadian architects;

Jane Coop, CM, of Vancouver, for her achievements as a pianist, performer and educator;

Harold Kalman, CM, of Vancouver, for his contributions to the preservation of Canada's built heritage, as an architectural historian, practitioner and author;

Toyoshi Yoshihara, CM, of Vancouver and Tokyo, for his achievements as an entrepreneur and arts patron dedicated to bringing Canadian works of drama to the Japanese stage.