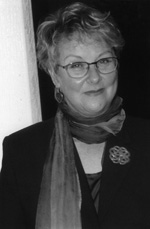 In the context of the women's movement, No Plaster Saint: The Life of Mildred Osterhout Fahrni, 1900-1992 by Nancy Knickerbocker (Talonbooks $19.95) is another attempt to rescue women's lives from obscurity. Fahrni's story strikes many familiar notes and some new ones. From her Methodist minister father she inherited a strong religious and social consciousness. She trained as a teacher, worked in schools on Denman Island and in Alberta, earned a B.A. in English and philosophy from UBC, gave up her ambition of becoming a missionary doctor (the medical course was too long, the demands of home and hospital too heavy) and earned an M.A. in philosophy. Subsequently she studied at Bryn Mawr, the women's college in Pennsylvania, and at the London School of Economics. Thus equipped, she had the attributes of a political leader but as an unmarried daughter she was expected to assume family duties. Her stints as caregiver for her father and her mother-in-law were accepted without much gratitude. At 40 she was suddenly homeless when her father bequeathed the family home to her brother. Her brothers-in-law were indignant because she kept up her political work after taking their 85-year-old mother into her home. The old woman herself was quite frank about her dislike of Fahrni and her politics. Many encounters fuelled her devotion to human rights and pacifism-the CCF leader J.S. Woodsworth was an early family friend, Martin Luther King and Coretta King were later ones, but none was more important than Mahandas Gandhi, the man who led India to independence.

Fahrni met Gandhi at Kingsley Hall, a community centre in a slum district of London to which she was invited by a fellow student at Bryn Mawr. During her stint there, Gandhi made a prolonged visit and she became his life-long disciple. Her three visits to India are a compelling part of her story. During the first one she spent time with Gandhi at his ashram, Sevagram. Although a talk she often gave was entitled 'I Walked With Gandhi', the word 'with' had a Clintonian elasticity. His attitude to her was revealed when she had the idea of remaining in India. Thinking of teaching and literacy work, she asked how she might best serve his cause. "You're a good little washer,"; was his reply. Her response to this put-down by her hero is not recorded. In fact, there is little evidence throughout the book of her resentment at sexual discrimination or at attempts to sideline and marginalize her personally. She lovingly sketched the Taj Mahal, but apparently had no reaction to it as the monument to a woman who died giving birth to her fourteenth child. There is evidence, however, that frustration took its toll on Fahrni. She suffered weight loss, stopped menstruating for ten years and possibly had an eating disorder.

Although Fahrni had several male admirers, she apparently formed her strongest bonds in passionate friendships with women. When she married after her father's death, the union seems to have been based less on passion than longtime friendship and convenience. Not a bad basis for a marriage, of course. With Vancouver as her base in the second part of her life she remained active in the peace movement, breaking her ties with the CCF when they abandoned pacifism at the outset of WWII. Horrified by the internment of Japanese Canadians, she spoke out against their treatment, and later worked to block the infamous 'repatriation' plan. She also taught school in the camps, ensuring that the interned children had access to education. Fahrni's is one of the few voices that raged against Canada's policy of receiving relatively few Jewish refugees. Further afield, Fahrni covered the founding of the United Nations in San Francisco, took part in the bus boycott in Montgomery, Alabama and protested nuclear weapons bases in Bangor, Washington and Nanoose Bay.

As its title implies, No Plaster Saint describes Fahrni's frailties and foibles as well as her strengths. On balance, there seems little to apologize for and much to admire in this extraordinary life. 0-88922-452-8