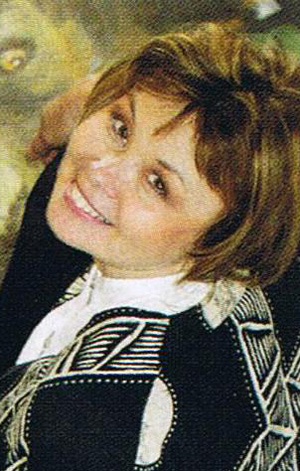 The Carr novel recalls a would-be lover, Martyn, who romantically pursued Emily Carr for forty-six years after being smitten with her on the sea voyage which took her to Ucluelet, in 1899, at twenty-seven years of age. The beguiling cover image of Woo Woo shows Carr in a wedding dress. It is a composite collage of two separate images: Emily Carr's head, from photograph I-60892, courtesy of Royal BC Museum, and the bridal gown of Annie Chinery, taken by Julia Margaret Cameron, from the Royal Photographic Society. On November 18, 1869, eighteen-year-old Annie Chinery married Ewan Cameron. Her mother-in-law was the famous photographer Julia Margaret Cameron, great aunt to Virginia Woolf.

In her mystery novel Disapp'earring Twice (Silent K Publishing, 2018), Aurelia Marcus, a troubled high school student, is singled out by Jakobina, the dispirited spirit of a teenage girl trapped in a famous painting, in a hostage bid to resolve their mutual issues of mortality – a fanciful art history mystery of love, reincarnation, & sacrifice inspired by a true event: Aurelia Marcus disappeared long before she ran away from home.


Veronica Knox of Victoria studied graphic design and illustration in the U.K. and has a Fine Arts Degree from the University of Alberta, where she studied Painting, Art History and Classical Studies. She was a graphic designer and an art director with CITV Edmonton, and a graphic designer with CBC Edmonton and CBC Vancouver. Knox moved to Victoria from Nova Scotia. She previously spent several years in Scotland in the Findhorn Community and had her own art gallery near Inverness. She grew up in Edmonton after her parents emigrated from England when she was four.

According to her website, "Veronica Knox lives on Vancouver Island with a menagerie of rescue pets. She still maintains it was she who had needed rescuing... When she was four, she was bitten by a chimpanzee at the London Zoo. She has owned one and a half Old English Sheepdogs. She is absolutely mad for elephants, and she truly loathes any form of camping."