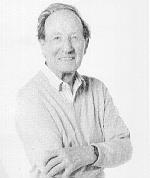 
"Creativity occurs in the kitchen, in the workshop, on the playing field or at an office." -- John Koerner

Born in Prague in 1913, Jan (John) Koerner was raised among well-to-do, Jewish free-thinkers and sent to Paris for two months, at age 15, in order to learn French. There he spent much of his time in the Louvre, thrilled by Cubism and Surrealism, and he made several visits to the Montparnasse studio of Paul Colin.

Aware of their son's budding passion for art, his parents didn't object to sending him to Italy the following summer. There Koerner developed his lifelong admiration for the colours and luminosity of Giorgione. After studying law in Prague and Geneva to please his father, he moved back to Paris in 1937, intrigued by Socrates' awareness of the human soul. "I intuitively felt that these [Socrates'] ideas were related to my love of painting, but I didn't know how," he recalled. As his education veered towards spiritual matters, he became profoundly influenced by the esoteric, philosophical books of J.A. Schneiderfranken (1876-1943).

In 1939, John Koerner returned from the Prague university library to find nobody was at home. Responding to instructions left for him, he hurriedly made his way to the Prague airport to meet his uncles Walter and Leon. They boarded a DC-3 that his uncle Otto had chartered, having evacuated most Koerner family members to Paris the day before. Walter Koerner and his wife Marianne relocated the family business in London, but Leon Koerner and his wife Thea went to western North America to scout opportunities in the timber business. Upon their purchase of a sawmill in New Westminster, John Koerner was requested to put aside his Bohemian existence in Paris as a painter in order to temporarily assist the family firm in BC.

John Koerner came to Vancouver in 1939 at age 26. When war broke out, Koerner volunteered with the Canadian militia but was rejected on medical grounds. Koerner worked in the family's Marine Building offices in downtown Vancouver for twelve years, during which time Leon Koerner changed the name of Western hemlock lumber to Alaska pine in order to make it more attractive to European markets. John Koerner worked for the family's reinvigorated lumber business until 1951 when he left the firm to paint. Alaska Pine Company was sold to Rayonier Inc. of New York in 1954.

In the 1950s, Koerner began teaching at the Vancouver School of Art (now Emily Carr Institute) where his friendship with the principal teacher, Jack Shadbolt, blossomed until 1980. Koerner began to feel estranged from what he calls Shadbolt's "critical expectations, and quite materialistic values. He also had a flamboyant temperament and was the strongest atheist I had ever met." Throughout the 1950s, Koerner had mixed with colleagues such as Molly and Bruno Bobak, Don Jarvis and Orville Fisher, as well as Abe Rogatnik and Alvin Balkin who opened the New Design Gallery, "but I always had an uncomfortable feeling I was not a very welcome newcomer," he wrote.

After teaching at UBC from 1958 to 1962, Koerner maintained the greatest affinity and respect for Bert Binning, noting that Binning should have been accorded better treatment by Ian M. Thom in Masterworks from British Columbia. "It was a savage blow to me when Bertie died suddenly in 1978," he wrote.

There are three reasons why John Koerner never emerged as a big name in Canadian art circles.

First, from Picasso to Shadbolt, from Madonna to David Beckham, artists and celebrities of the 20th century increasingly recognized the need to reinvent themselves, like actors taking on new roles, in order to continually provide or serve as 'new' products. John Koerner's nuanced landscapes consistently remained, in his own words, "totally different from anything that could remotely be described as 'cutting edge.'" His modest nature has prompted him to observe, "As I look back on my sixty years of work, I can see some slight changes, but they are mostly of a technical nature."

Reading between the lines in his autobiography, A Brush With Life, it's easy to see how the perception of a lack of dramatic transformation in his work has been a professional drawback--even though Koerner's art evolved through discernible stages of varying content for anyone who cares to look closely.

Secondly, it didn't help that Koerner had a surname that reminded some British Columbians of a wealthy family. (Koerner's uncles Leon, Otto and Walter Koerner were brothers who fled Czechoslovakia in 1939 and started Alaska Pine Company in Vancouver. After selling out to Rayonier Inc. of New York in 1954, Leon and Thea Koerner established the Koerner Foundation to support charities and the arts; and Walter Koerner, in particular, was an extremely generous and important patron of arts and culture, playing a fundamental role in the preservation and rejuvenation of First Nations work.)

Thirdly, John Koerner maintained a steadfast resolve to represent the spiritual truths he has absorbed from the little-known writings of Bo Yin Ra, the pseudonym for German mystic Joseph Anton Schneiderfranken (1876-1943), whose prose Koerner first encountered in his late teens. In Geneva, Koerner once met the Swiss publisher of Bo Yin Ra in Basel and bought each of his 30 titles, works that he would continue to read for decades. If Koerner was such a devoted disciple of Bo Yi Ra, it made it possible to dismiss him as a bit of a kook--which would be a very superficial assessment. "Instead of questioning the meaning of life," Koerner wrote, "I came to ask what meaning I could give to life."

Koerner's respect for the oddly-named philosopher never waned. "The direction that Bo Yin Ra indicates is not an easy path," he wrote, "but after all these years I still believe in his advice. His books are guides to a perception of reality that neither philosophic speculation nor dogmatic faith can attain. I have attempted to produce work that would be in complete accord with this reality; a task that hasn't been too difficult as I have lived fully wrapped up in it."

The three-syllable name Bo Yin Ra has no literal meaning, nor any connection with eastern religion or philosophy. Like the word Kodak, the pen name Bo Yin Ra was created for its tonal qualities alone. Divorced from rationalism, Koerner's paintings are likewise evocations of "tonal qualities." Interplay of colours is essential to John Koerner's artistry and his respect for beauty-rendering his paintings easy to like but difficult to analyse.

Although Koerner has had a large mural permanently displayed in the Queen Elizabeth Theatre since 1986, and one of his works was installed in the classical record store The Magic Flute by its original owner David Lemon in 1993, he has received more support from writers than painters. He formed collegial relationships with the West Coast pantheon that includes Jack Shadbolt, Bill Reid, Gordon Smith, Joe Plaskett and Tak Tanabe, but, as Koerner once noted (with an exclamation mark), only Plaskett ever purchased one of his paintings.

"With the exception of Doris and Jack Shadbolt and later Bert and Jessie Binning and Lawren Harris," Koerner wrote, recalling his formative years on the West Coast, "my overtures of hospitality to fellow artists were not returned."

Admired by Jane Rule, David Watmough, Max Wyman, Linda Rogers and Vaclav Havel (who bought one of his paintings in Prague), John Koerner's Japanese-style brushstrokes rarely convey their sensitivity if reproduced in black & white. Nonetheless Koerner did allow his coastal miniatures to decorate the colourless covers of BC Studies from 1985 to 1993, something he didn't mention in his book.

Known for his evocations of landscapes, John Koerner eventually gathered his drawings and personal essays for Unseen Dimensions: Musings on Art and Life (Sono Nis Press, 1997). According to critic Max Wyman, "Koerner's writings, heavily European in flavour, are philosophical, multi-layered, filled with reflections on the nature of creative expression and its relation to the human individual." Koerner also provided illustrations for Maria Tippett's fiction collection, Breaking the Cycle.

Edited by his second wife Lisa Birnie, John Koerner's autobiography, A Brush with Life (Ronsdale, 2005), contains examples of his artwork from throughout his career.

The Burnaby Art Gallery was pleased to host a 100th birthday celebration for Koerner on June 9, 2013. Several works by Koerner are housed in its permanent collection.

John Koerner died at his home on February 23, 2014 at age 100, survived by his wife, Lisa Birnie, two sons, two daughters and four grandchildren, and predeceased by his first wife, Eileen Newby.

John Koerner met his first wife Eileen Newby on a blind date in 1943. When she died more than fifty years later, Koerner's artistic nature became stalled in the spring of 2000. "Throughout her illness," he recalls, "I was totally unable to work and after she was gone I fell into a desperate state of grief." Ultimately Koerner found solace in the advice of Bo Yin Ra ("All suffering is evil, but it must be surmounted") and a letter from his long-time friend Jane Rule ("It was your last gift to her, to outlive her").

Then John Koerner was introduced to retired journalist and author Lisa Birnie who had lost her husband around the same time Koerner had lost his wife. "Lisa changed my life, and invigorated my mind, soul, and body," he said. Koerner and Birnie married four months after they met. Trips to Vietnam and Australia followed. And Koerner's work has had a resurgence. A Brush With Life, a coffee table book containing 65 full-page colour prints, and 50 b&w prints, was published in association with Paula Gustafson and Artichoke Publishing, and edited by Birnie.

A Brush With Life avoids the pretentious gobbledygook of contemporary artspeak but John Koerner does court posterity by baring his pride: "If I had a dime for every person who has asked me, 'Are you still painting?'--as if I really should be doing something less self-indulgent and more responsible--I'd be doing well."

John Koerner outlived nearly all of his peers and still painted in his 90s.

Review of the author's work by BC Studies:
A Brush with Life