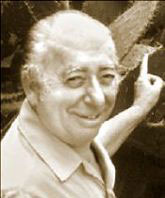 
Vancouver-raised Himie Koshevoy was an unapologetic punster who wrote for various newspapers in Vancouver through five decades.

He began his writing career as a correspondent for the Vancouver Star while attending the University of British Columbia where he edited the student newspaper, the Ubyssey. Koshevoy attended UBC for four years but didn't collect a degree because he was too busy writing sports items for the Vancouver Star. When the Star folded, a group of the survivors formed a co-operative morning paper called The News which soon became the News Herald. Himie Koshevoy worked as Sports Editor at $10 a week. He later covered the police beat and general news. He went to work for the Province in 1937; then moved to the Sun in 1942 as a city editor. Twice managing editor at the Sun, he encouraged the careers of Stuart Keate and Pierre Berton, among others. He left Vancouver to become assistant managing editor of the Toronto Telegram in 1959. At age 50 he was named managing editor of Canada's largest daily, the Toronto Star, after 32 years in the newspaper business. He returned to The Province in 1961 and wrote a column until his retirement in 1976. Occasionally Koshevoy did some special writing assignments, such as an analysis of the role of the late John Foster Dulles, an investigation that took him to Ottawa, Washington, and the United Nations, but he is mainly remembered as a humourist. Opened in 1992, the Himie Koshevoy Publishing Lab at Simon Fraser University in Vancouver is named for Koshevoy, who died on February 14, 2000, at age 90.