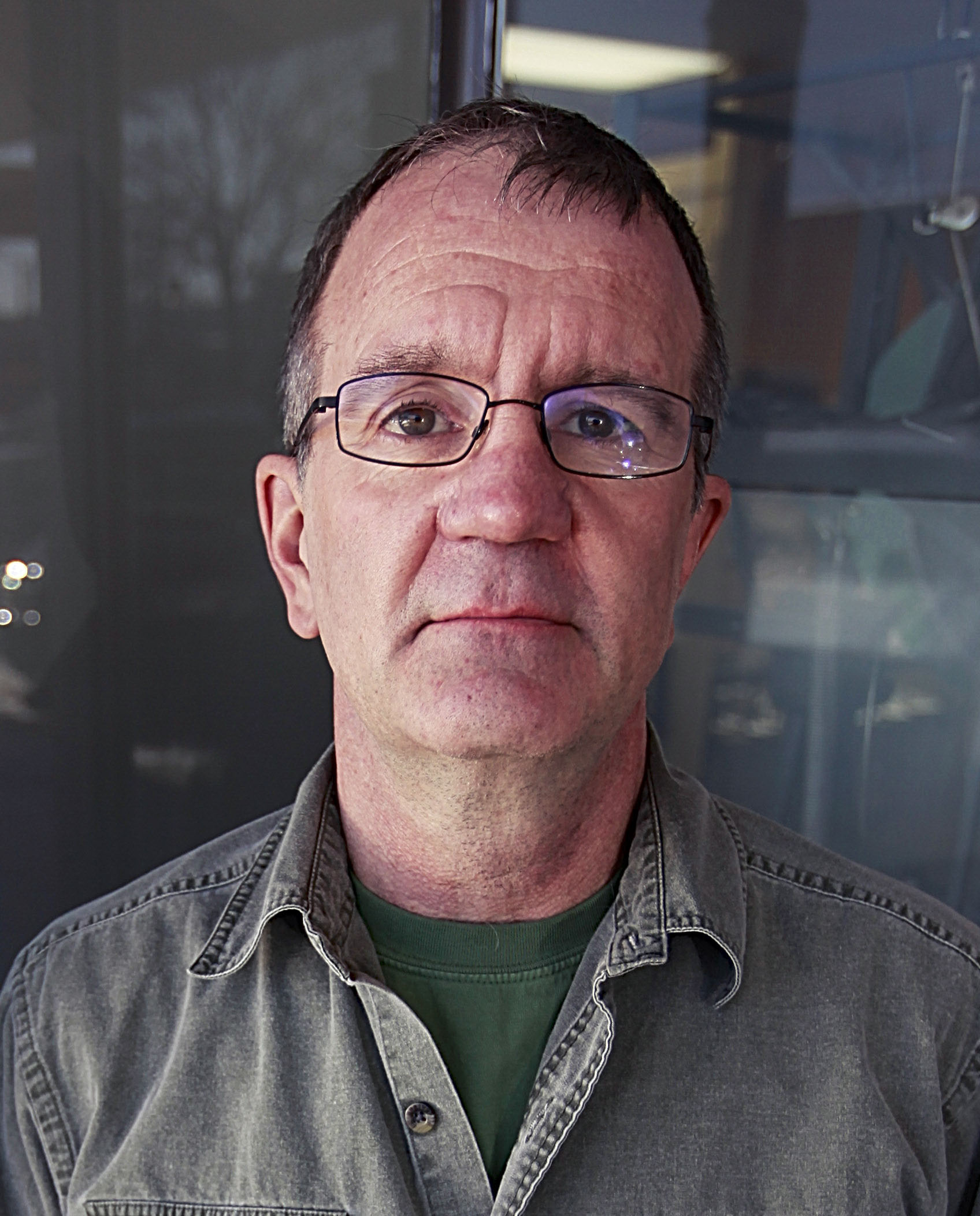 
IF AMERICA HAD THE WILD WEST, we had the tame one. Whereas Canadians dolefully kowtow to authority, barely protesting when our government imposes the War Measures Act, Americans are psychologically and constitutionally programmed to have sympathy for the underdog who battles against the odds, resentful of the law. It all goes back to the Boston Tea Party and the British Empire. The Yanks were the black sheep who broke free; we 'were the dutiful offspring who remained obedient. We stayed in the 'Commonwealth' family, kept the Union Jack as our flag and even maintain an antiquated name for our western-most province. American storytellers have frequently celebrated outlaws such as Jesse James, Billy the Kid, Bonnie & Clyde and Prohibition gangsters. As the support for O.J. Simpson attests, Americans still 'relate' to criminals as heroes. Whereas we value law 'n' order. Our best-known pioneers in B.C. were Judge Matthew Begbie, the Dunsmuir coal barons, lawman Sam Steele and Sir James Douglas.

This has affected our fiction - the way we relate to heroes and villains. Stan Krumm's first novel Zachary's Gold (Oolichan $12.95) is a case in point. Zachary Beddoes, an ex-Pinkerton agent from the U.S., arrives in the Klondike in the 186Os, naively seeking his fortune. He is stymied until he kills a man in self-defence. The dead man's cache of stolen gold suddenly makes him a rich man and a desperado before he can explain. Wounded, he needs the help of a Chinese prospector, 'Rosh' to survive. Should he give himself up to the mercy of the law or take his chances with Rosh in the bush? There are shoot-outs, racist misunderstandings, a desperate bid to kidnap Rosh's wife ... and Zachary remains a cold and frightened victim of circumstance throughout. The devil didn't make him do it, ironically the law did. Not unlike Simon Gun-an-noot, the Gitskan outlaw who evaded police for 13 years in the Skeena wilderness (and was eventually acquitted of a murder charge), Zachary Beddoes is the stuff of which American legends and movies could be made. But as an outlaw above the 49th parallel, he receives no public sympathy in the 1860s whatsoever.

"I want people to enjoy the fact that we have a wonderful history that's full of fantastic stories in British Columbia,"; says Krumm, "We don't have to go to the American Old West to find entertainment. When I went to university I swore that I would never come back to Quesnel. Terrible hole. Ten years later I moved back thinking 'This is a wonderful place to live and a wonderful place to write about.'"

Krumm works as a goldsmith in his family's business. He previously lived in Wells, next to Barkerville. He told Cecelia Walters of CBC's Almanac that he pans for gold about once a year - for about half an hour, until his hands get cold - but he understands the lure of gold panning all the same. "It's the expectation," he says, "People do the same thing buying lottery tickets. In a world where we have a tremendous standard of living we still - a lot of us - don't have a great feeling of expectation. We don't have something coming up tomorrow that might be just fantastic." Krumm's expectation of hitting it big centres on his writing. "The town of Quesnel has been amazingly supportive and receptive," he says, "Everyone is pleased. It's a bit like someone from a small town getting drafted by the Canucks or becoming a pop music performer. It's a reminder that these things are possible." 0-88982-138-0


Few British Columbians can tell you the first explorer to have reached B.C. waters, for certain, was Juan Pérez in 1774. Almost no one can tell you the first B.C. premier was John McCreight. The relative ignorance of our past explains why we have had so few historical novels about life in B.C. prior to 1900...

Back in 1971, Ian Mahood of Nanoose Bay self-published a novel about the life and times of Nuu-chah-nuth chief Maquinna and the arrival of Captain Cook, The Land of Maquinna, circa 1778.

A blend of fact and fiction, Maureen Duffas' A Most Unusual Colony: Vancouver Island (Sandhill 1996) is the story of the colony of Vancouver Island as told by fictional Kate Murray and the fictional letters of Mary Yates. It covers a period from the first Scots immigrant in 1849 to the demolition of Fort Victoria's buildings in 1860.

Donald Hauka's McGowan's War (New Star 2003) was a fine attempt to document greed and corruption in 1859 when the British Crown could barely control 30,000 politically divided American miners camped the length of the Fraser River.

Lee Henderson's The Man Game (Penguin 2008) melded historical characters with fictional, feuding and fighting loggers in the aftermath of the Great Vancouver Fire of 1886.

By comparison, the literary process of integrating First Nations characters and culture into West Coast fiction has a long history, starting with B.A. McKelvie's melodramatic Huldowget: A Story of the North Pacific Coast (J.M. Dent & Sons, 1926) and A.M. Stephen's The Kingdom of the Sun (Dent, 1927)-an historical romance about a gentleman adventurer named Richard Anson who sailed aboard Sir Francis Drake's Golden Hind, only to be cast away and live with the Haida.

Stan Krumm doesn't have a lot of competition.

"I want people to enjoy the fact that we have a wonderful history that's full of fantastic stories in British Columbia,"; says Krumm, "We don't have to go to the American Old West to find entertainment.";

In the first novel, Zachary Beddoes, an ex-Pinkerton agent from the U.S., arrives in Barkerville in the 186Os, seeking his fortune. He is stymied until he kills a man in self-defence. Dead Ned's cache of stolen gold suddenly makes him a rich man but also a desperado before he is able to explain what happened.

Wounded, Zachary needs help from a Chinese prospector, 'Rosh,' a fellow outsider, to survive. Instead of being the hero who triumphs against adversity in the end, Zachary remains a cold and frightened victim of circumstance, unable to clear his name.

Above the 49th parallel, in Krumm's fiction, the outlaw is not glorified or mythologized like train robber Bill Miner who was mythologized as a "gentleman bandit"; in the movie The Grey Fox. Zachary is a tight-lipped drinker and gambler, prone to shrew philosophy, who receives no sympathy whatsoever as a fugitive from frontier justice by the end of Zachary's Gold.

In the new novel, Zachary's Horses, at age 34, our ex-lawman and narrator resurfaces in Victoria in 1870. Using a less-than-clever alias, Lincoln Zachary, he has assumed majority ownership of the Chinese-run Celestial Hotel, erected by his Chinese business partner on the south side of the Johnson Street Ravine, "where the Jews and Americans were building.";

Zachary has drawn attention to himself with a bi-racial marriage to his partner's daughter, Sue, and his gold reserves are running thin. "I was approaching the age when a man is simply incapable of learning how to make an honest living,"; he confides to the reader.

Intrigues include a possible scandal involving their child's governess, Sarah Green, who had a different name when she was living in Olympia, Washington, and a much-ballyhooed horse race involving skullduggery and unsavoury characters, including the nefarious Mr. Roselle who recognizes Zachary from Barkerville and tries to blackmail him.

"I was haunted by visions of Roselle, and visions of myself and my family running from angry crowds, creeping fearfully across the wilderness,"; Zachary confides.

Although Zachary's Horses involves crime and deception, it's not a page-turner; rather it's Krumm's highly credible depiction of manners and customs from the protagonist's retracted personality that proves alluring.

"The thought occurred to me that no one had extended an invitation to me that would include my wife... It was disagreeable and illogical. James Douglas had, up until very recently, been governor of this colony, while married to a woman who was half Cree Indian, but a man with a Chinese wife was still expected to leave her at home. Good enough. Sue would not have wanted to be here, where her beauty and grace would have embarrassed these colonial crones.";

Anyone who reads either of these novels will wish it won't take Krumm another twenty years to deliver a third installment.