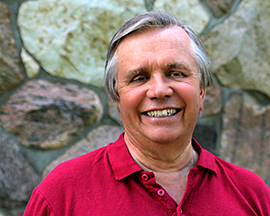 From 1965 onwards, Kruz's promotion company called The Afterthought presented rock and psychedelic music groups at Vancouver venues that included St. John's Church Hall (27th & Granville), the Scottish Auditorium, the historic Pender Auditorium (339 West Pender), the Bunkhouse, the Gazebo at First Beach and at the so-called Kitsilano Theatre (2114 West Fourth, now known as the Russian Community Centre). At least fifteen of his shows were presented at the Pender Auditorium with the support of the Boilermakers Union.

Kruz's memoir and art book, The Afterthought (RMB $40), not only recalls the glory days of the Grateful Dead, Janis Joplin, Steve Miller, The Collectors (Chilliwack) and Country Joe & the Fish in Vancouver; it provides a chronological record of performances by local bands such as The Nocturnals, United Empire Loyalists, Tom Northcott Trio, Rocket Norton and the Black Snake Blues Band, Seeds of Time-among others-with rosters for their ever-changing memberships.

Of all the concerts Kruz attended, he cites a gig at the Pender Auditorium on August 5, 1966 featuring Grateful Dead, supported by United Empire Loyalists, as the best ever. Kruz vividly recalls the Dead's soundman and manager Owsley "Bear"; Stanley "walking through the room dispensing acid to anyone who opens their mouth... This, of course, results in a high energy crowd.";

The Afterthought is subtitled West Coast Rock Posters and Recollections from the '60s because Kruz and his wife (and saviour) Julie collected posters for the various gigs over several decades. Kruz says he commissioned many of these posters from artists Doug Cuthbert, Bruce Dowad, Bob Masse and the late Frank Lewis-so he owns them. Approximately half of his book consists of these posters; the artists are not credited as co-authors and there is little information about them.

Each poster is accompanied by Kruz' recollections, so The Afterthought doubles as an autobiography. Kruz used to go to City Hall, wearing a suit, at age 17 and 18, to get permits for his rock concerts, even though he was not legally old enough to attend the gigs. The notorious undercover narc of that era, Abe Snidanko, finally busted him when he was at the top of his game, a local big-shot. It is implied that Kruz believes he might have been set up by a business partner.

Following the lead of a reckless older brother, Kruz eventually lost his way, partly due to drugs, but also due to a traumatic experience when he was first jailed. Vancouver cops left him overnight, squeezed into a tiny locker in which he could not sit or comfortably stand. This painful, frightening and abusive treatment was quite simply torture-and Kruz never fully recovered from it.

By age nineteen, Kruz had presented more than sixty events but his glory days were over. By 1968, his Afterthought ventures would soon be eclipsed by a new club on Davie Street, the Retinal Circus, closely associated with a light show called Ectosplasmic Assault. Kruz tried producing some concerts on the Sunshine Coast and he briefly managed the Riverqueen coffeehouse in the West End at 1043 Davie, befriending the legendary blues duo Sonny Terry and Brownie McGee, before the venue was bought by Gary Taylor, a former drummer for the Classics, and turned into a jazz venue called Gary Taylor's Show Lounge. In 1969 he married his teen sweetheart Julie and they remain married.

This book came to fruition after a 15-year-old girl in contemporary Victoria, Grace Gorman, had started collecting and purchasing copies of old rock concert posters. Her father happens to be Don Gorman, a book publisher. After Grace Gorman had suggested to a poster salesman in Victoria that there ought to be a book, the poster sales rep contacted Kruz. Eventually Don Gorman met Jerry Kruz.

Kruz was born in Winnipeg, Manitoba, in 1948. Growing up in Kitsilano, Kruz was being groomed for the priesthood. He started working in his father's print shop at age ten, and eventually dropped out of school at age sixteen, escaping from an abusive home. For a while he worked delivering fish and chips, assisting at a meat market, assembling bicycles and delivering telegrams. He realized he might have the skills to run his own business when he and a friend independently sold Christmas trees. His big break came when a local church minister asked him to put together a coffeehouse event, mistaking Jerry Kruz for his older brother. At the time his future wife, Julie, provided a name for his impromptu coffee house (and business), The Afterthought, the title of a poem she had read in her Grade 12 English class.

Review of the author's work by BC Studies:
The Afterthought: West Coast Rock Posters and Recollections