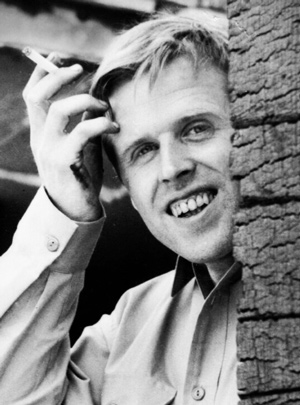 
With a foreword by Tyee editor David Beers, Claudia Cornwall's At the World's Edge-Curt Lang's Vancouver, 1937-1998 (Mother Tongue $29.95) is tribute to beat poet and painter and photographer turned Renaissance man Curt Lang who met Malcolm Lowry as a teenager and befriended poets Al Purdy, Peter Trower, John Newlove, and Jamie Reid; artists Fred Douglas, David Marshall, and Roy Kiyooka; and musicians Al Neil, and Glenn MacDonald. A street photographer in the early 1970s, he later built boats and fished in the Prince Rupert vicinity. In his forties, he was awarded two patents, and started several companies, within the high-tech industry. He also developed hardware and software for the railroad industry that today is used all over North America. At the World's Edge includes Lang's unpublished photographs of Vancouver, as well as previously unpublished drawings, paintings, and poetry. Kurt Lang has 12,000 of his photos in the Vancouver archives. He was a member of the Leonard Frank Memorial Society of Documentary Photographers, along with Nina Raginsky, Fred Douglas, Tod Greenaway and Rod Gillingham (a society begun with an L.I.P. grant). Claudia Cornwall draws on conversations during her (and her husband's) twelve-year friendship with Curt. The Introdction to this book is by Greg Lang. Greg Lang was born in Vancouver in 1953, and grew up in East Van's Renfrew Heights. When he was two years old, his brother, Curt, went off to Europe with poet Al Purdy and his school friend Jim Polson, and Greg didn't see much of him when he was a kid. When Greg was in his teens, his brother became part of his life again. 978-1-896949-17-8