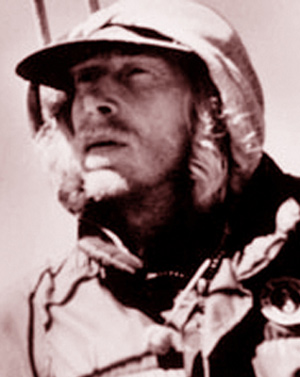 
In 2011, Iain Lawrence received the $20,000 Vicky Metcalf Award for Children's Literature [see below] from the Writers Trust of Canada and in 2007 he received the Governor General's Award for his juvenile novel, Gemini Summer (Delacorte 2006).

Raised mostly in Toronto and Calgary, Iain Lawrence of Gabriola Island has spent many summers in a 40-year-old converted whaleboat exploring the coast. Lawrence has consequently produced Far-Away Places: 50 Anchorages on the Northwest Coast (Orca, 1995), with illustrations by his brother Donald, and a High Seas Trilogy for young readers: The Wreckers, The Smugglers and The Buccaneers.

The Skeleton Tree (Penguin Random House 2016) is a survival story about two boys who must cope with their hostility to one another after they are stranded in the wilderness of Kodiak, Alaska, without a radio, flares or food. The pair are the lone survivors after the sinking of their boat operated by the uncle of twelve-year-old Chris who has an intense aversion to prickly Frank. As they learn to forage for food, Chris prefers the company of a curious and friendly raven. 978-1-10191-835-7 $19.99

According to its promotional copy for Gemini Summer: "In the quiet of Hog's Hollow, each member of the River family pursues a dream. Old Man River sets out to build a fallout shelter in case the war in Vietnam 'brings the end of everything;' his wife Flo, who collects Gone with the Wind dolls, attempts to pen her own Southern saga; Beau, their older son, suffers from 'space fever' and aspires to be an astronaut. As for Danny, the younger River boy, well, he just dreams of having a dog. Then in the spring of 1965 tragedy befalls the Rivers--a tragedy that makes the Old Man wish he'd never started building the shelter, stops Flo from finishing her bestseller, and leaves Beau grounded rather than airborne. But the tragedy does finally bring a dog into Danny's life. And not just any old dog. Danny comes to believe that the mixed-breed stray embodies the spirit of someone he dearly loves. He won't allow anyone to separate him from the dog, not even after it bites the neighborhood bully and the police are sent to take it away. Together Danny and his dog run off, heading toward Cape Canaveral, where the Gemini missions blast off from, and where dreams come true."

Yet another Gabriola Islander is being recognized for their creative talents and contribution to the arts. Author Iain Lawrence is the 2011 winner of the Vicky Metcalf Award for Children's Literature.

The award, which comes with a $20,000 purse, is administered by the Writers' Trust of Canada and recognizes Iain's entire body of work - young adult fiction that "ranges from the realms of early nineteenth century seafarers to a remote, twentieth century lighthouse off B.C.'s north coast,"; reads the jury citation; "from Cold War rural America to a southern English village at the height of World War I.";

Iain couldn't be more honored to have received the award. "This is a wonderful award, as it recognizes a body of work, rather than one particular book.

"The list of past winners is like a who's who of Canadian children's literature. There are writers that everyone knows - like Robert Munsch and Dennis Lee - and some that changed my whole career: Julie Johnston, Farley Mowat and Roderick Haig Brown. Seeing my name among them is like walking into a room full of fabulous people and wondering, "What am I doing here?'";

Gloria Hatfield of Page's Bookstore believes part of the appeal of Iain's books is the extensive research he puts in to each story. Not only are children enthralled with the stories - "You get completely involved in his characters,"; she said - but they're also learning.

Fellow Gabriolan author, Katherine Gordon said, "There's no one more deserving [of the award] because he works very hard. "He's a wonderful storyteller.";Katherine said the recognition of a Gabriolan author is a boon to all island writers because they all "thrive on the success of others.";

Iain's works include Lord of the Nutcracker Men, The Giant-Slayer and Gemini Summer for which he received the Governor General's Literary Award for Children's Literature - English-language Text in 2007. His latest novel, The Winter Pony, comes out this week and is available at Page's Bookstore along with other titles by Iain.

Author Vicky Metcalf created the award in 1963 to stimulate the writing of literature for Canadian children. The winner is selected by a three-member, independent judging panel.


What was the last great book you read?

That would be, without doubt, The Art of Racing in the Rain. I just loved that story of a dog and his people, from beginning to end.

How old were you when your first work was published?

I wrote a story for the local newspaper when I was in high school. But the editor revised it so much that I could hardly recognize it, and that put me off writing for many years. In my early twenties, I started selling freelance articles to a Sunday newspaper. I was forty when my first book was published.

When you look back, was there any one single personal attribute that propelled you to write?

I was a lonely child, and I think lonely children are drawn to writing, though I'm not sure why. As a journalist, I was surprised to see how many of the reporters I knew had been the same way as children. Perhaps we had learned early on how to create little worlds for ourselves. As a writer, I can say things in words that I would never actually say aloud.

Have the reactions of your readers impacted your writing style (or your point of view) over the years?

I used to underestimate children. I have learned that they are wiser, more knowledgeable, and more sensitive than I ever imagined when I first began writing. I try to add more meaning and depth to my stories now. I don't think it's good enough to just entertain.

What does winning this prize mean to you?

Some of the past winners of this prize were literary heroes of mine when I was young. Others inspire me every day to write better. To be included among the best is a wonderful thing.
Writers Trust