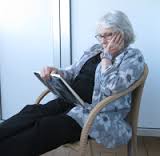 
The initial reason Monique Layton became interested in French Polynesia was escapism. Having spent about five months in hospital and nine months in rehab following a serious accident, she had started to research and write an ethnography of hospital life--a tad depressing but within her wheelhouse as an anthropologist.

"Then one day, straight out of the antipodal part of my brain," she says "came up the word Tahiti..." All she knew about it was the cliche of palm trees, beaches, dancing vahines. "I started reading," says, "and soon fell in love, totally in love, like a teenager. I was in pretty weakened condition, it's true, but it was definitely love."

She went twice (2012 and 2014) and even practiced speaking French with a Tahitian accent once she heard it spoken on the islands. Due to limited mobility, she can't see as much of the archipelago as she'd like, but she intends to return.

"The Tahitian reality is often grim," she says, "but the mirage somehow endures.

As an anthropologist, she wanted to show how and why eighteenth-century Otaheite became twenty-first-century Tahiti. Consequently Layton has self-published The New Arcadia: Tahiti's Cursed Myth (FriesenPress, 2015).

Most remarkable of all is the enduring Ma'ohi culture's survival into the twenty-first century. Evidence of its former potency still remains.

For instance, the Taputapuatea marae (on the island of Raitea) was one of the most sacred places in Polynesia. "Tapu" means taboo, sacred. Thus the Taputapu at the beginning of the word means twice sacred. Taputautea marae is still visited today as one of the vestiges of a once-thriving, pre-contact, culture.

"Unfortunately, Polynesians were not builders," says Layton, "and a few black stones only attest to the sanctity of these marae, most of which have been restored by the French. They were used for all religious and social occasions. At the back, the platform shows some carved panels, the unus."

According to Layton, since being "discovered" in 1767, Tahiti has been branded with "the irresistible dual myth of the Noble Savage's harmonious Arcadian life and of the vahine's amorous favours freely granted.

People (navigators, missionaries, whalers, slavers) and events (deadly epidemics, atomic testing, and now tourism), all have contributed over time to creating the modern Tahitian quandary: trying to recover an idealized past and losing the benefits of modern life, or continuing as a cog in the French administrative system and losing her soul."

Also as a cultural anthropologist, Monique Layton produced Street Women and the Art of Bullshitting (Webzines of Vancouver) based on 1970s research that led to a 1975 B.C. Police Commission report called 'Prostitution in Vancouver (1973-1975): Formal and Informal Reports', as well as a doctoral dissertation.

Monique Layton's wide-ranging first book, Notes From Elsewhere: Travel and Other Matters (iUniverse 2011) recalls her childhood in Morocco, the pitfalls of language, her sense of isolation working in mental hospitals and prisons, the difficulties of having the semblance of a normal life while living abroad and as an immigrant, and the many countries and places she has visited as a cultural anthropologist.

In her book, In Life at Sea (2017), anthropologist Monique Layton draws on her experiences on modern cruise ships to examine the evolution of sailing from the Age of Exploration to the Age of Tourism. Using historical records and the reports of people who once went to sea through necessity, curiosity, or adventure, she shows the common events that have shaped their voyages and the ingenuity, courage, and determination that characterize mankind's connection with the all-surrounding sea.

Voices from the Lower Deck (2019) examines the role of folklore as the instrument of integration and bonding for the ordinary seafarer during the Age of Sail. Mainly based on contemporary sailors narratives and historical and folkloric texts, the book evokes common themes: the harsh environment, the cruel discipline, the brutal way of life, and the release of onshore carousing and whoring, but also the coordinated work and effort of daily tasks and the tremendous pride of seeing themselves as unique men against a background of landlubbers. The psychological and physical survival of these disparate men from many origins depended on their rapid integration into the common culture - the folklore and the folkways - of what historians have called 'the wooden world.'

Voices from the Lower Deck: Folklore and Folkways of the Sea (FriesenPress, 2019)

Articles: 2 Articles for this author
The New Arcadia
Review (2015)


The idyllic image of a tropical paradise and the cultural costs of perpetuating that image are at the center of Monique Layton's fascinating new book, The New Arcadia: Tahiti's Cursed Myth. A cultural anthropologist by trade, Layton draws on an impressive range of historical material to present an unfamiliar and troubling picture of the famed South Pacific island of Tahiti. She penetrates Tahiti's tourist veneer and reveals a native culture struggling to find its identity in a post-colonial world.

The New Arcadia is not a comprehensive ethnography, Layton admits. Although she has visited Tahiti, she has not performed extensive field work there as an anthropologist. "Unable to witness Tahitian life as an ethnographer, I needed to rely on Tahitian 'fiction' to review what constitutes appropriate behavior,"; she writes. Thus, The New Arcadia serves as an academic history and literary and social critique. The book is divided into three sections: "The Myth-Makers,"; "Ruination,"; and "From Otaheite to the New Tahiti.";

Layton traces the myth of Tahiti as an exotic, leisurely, and amorous Eden back to the personal writings and records of European explorers, sailors, naturalists, artists, missionaries, whalers, and traders. She incisively, and convincingly, demonstrates how the eighteenth-century idea of the "noble savage"; was a nostalgic projection rooted in a desire for lost innocence and naïveté: "The eighteenth-century Europeans did not have to look far to find the embodiment of both their longing and their wish fulfillment in the reports they read about Tahiti."; Although such romanticism was at odds with Christian missionaries in Tahiti, no European power recognized the island's culture in and of itself. Layton clearly shows how its people and customs were appropriated by better-armed, self-serving imperialist nations.

The book's thorough deconstruction of the Tahitian myth can be long-winded and tangential. For instance, Mutiny on the Bounty and other Hollywood films that have contributed to the Tahitian myth are summarized at length. The television show The Bachelorette, which staged a past finale in Bora Bora, also gets a mention. While the book certainly makes a case for the relevance of these contemporary idealizations of the South Pacific, the points could be presented more concisely.

From the grind of this preliminary critical work, however, a sobering perspective on modern-day Tahiti emerges. The last third of the book relates Tahitian politics, the people's desire to be independent from France, the latter's nuclear testing near the island, and the cultural predicament of a tourist-based economy. "There is usually little infringing of real life into those heavenly touristic spots,"; Layton writes. She argues that Tahitians need the exotic myth to serve their tourist industry; yet many want to preserve their culture independent of any colonial design.

To support this modern perspective, Layton relies on Tahitian writers and the emergence of what she calls a "literature of resentment,"; most apparent in female characters who take exception to being objects of sexual fantasy. "I do not want to be a myth,"; writes indigenous author Chantal Spitz. This literary approach limits the scope of the book
to cultural critique rather than a first-hand account of Tahitian life. Despite this limitation, The New Arcadia offers a vital and compelling picture of a conflicted island and its people.


Disclosure: This article is not an endorsement, but a review. The author of this book provided free copies of the book and paid a small fee to have
his/her book reviewed by a professional reviewer. Foreword Reviews and Clarion Review make no guarantee that the author will receive a positive review. Foreword Magazine, Inc. is disclosing this in accordance with the Federal Trade Commission's 16 CFR, Part 255.


According to Kirkus Reviews:

Layton (Notes From Elsewhere: Travel and Other Matters, 2011) dissects Tahiti's complex history by examining not only historical accounts, but also the cultural myth these accounts spawned in the Western world.

Beginning with the initial accounts of European navigators' arrival on Tahiti while searching for Australia and continuing through the island's colonization to its current political and cultural climate, Layton juxtaposes Tahitian history with its idyllic image, which has long permeated Europe and America. Layton details how Tahiti's beautiful landscape, abundant produce, and seemingly sexually receptive female population made it a paradise for explorers. It was these initial accounts that formed the basis for this myth, a version that, while immensely popular and appealing, was shaped as much by European ethnocentrism as it was by the actual culture of the island. Layton explains how European accounts may have not only misrepresented the culture of Tahiti, but also brought about an influx of European sailors, missionaries, and merchants whose presence had detrimental results for the people whose way of life they romanticized. Disease, religious turmoil, and slavery devastated the island's population and culture, leaving lasting effects that modern residents are still contending with. Later chapters examine modern Tahiti, particularly the work of modern Tahitian writers, and show how many are attempting to rectify the stereotypical images the myth instilled by creating more realistic portraits of past and contemporary Tahitian life. Drawing on her background in anthropology, Layton is an informed writer, but she never drifts toward the stuffy. The vast resources used-early explorers' diaries, contemporary academic analysis, as well as art and literature-offer solid context and support for her
thesis.