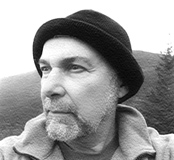 
Born in the U.S., Tim Leadem arrived in Canada in 1973. An avid hiker with a Master's degree in zoology, he is the author of updated and revised editions of The West Coast Trail & Other Great Hikes (Greystone), advertised as having more than 60,000 copies in print as of 2004. His book about the 50-mile route has been published in conjunction with the Sierra Club which sponsored the first edition written by John Twigg in 1972. A North Saanich lawyer, Leadem also wrote an expanded trail guide Hiking the West Coast of Vancouver Island (Greystone, 2005) and issued a pocket guide version of his West Coast Trail material in 2006. Hiking the West Coast was expanded in 2008 to include chapters on Hesquiat and Brooks peninsulas.