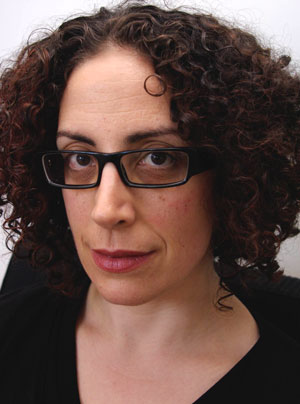 
Sarah Leavitt writes both prose and comics. Her writing has appeared in Geist, The Globe and Mail, Vancouver Review, The Georgia Straight and Xtra West. Leavitt has written short documentaries for Definitely Not the Opera on CBC Radio, and her non-fiction has appeared in a number of anthologies, including Nobody's Mother (Heritage 2006) and Beyond Forgetting: Poetry and Prose about Alzheimer's Disease (Kent State University Press 2009). She has an MFA in Creative Writing from UBC and continues on with the program teaching comics classes. Tangles: A story about Alzheimer's, my mother and me (Freehand 2010 $23.96) is her first book and it was the first graphic novel to be shortlisted for the Writers' Trust Award. It was also a Globe & Mail "Top 100 Book of 2010" and the winner of the 2011 CBC Bookie Award for Best Comic or Graphic Novel.

Sarah Leavitt's second graphic novel, Agnes, Murderess (Freehand 2019) is based on the folk legend of a roadhouse owner, madam and serial killer, Agnes McVee, who reputedly owned a roadhouse in 108 Mile House during the Cariboo Gold Rush. Inspired by the unverified allegations about this madam, Leavitt imagined a whole new story for her beginning with Agnes's birth on an isolated island off the coast of Scotland. The power of Agnes' grandmother, a witch feared by the islanders, grows stronger especially after the early death of Agnes' mother. She escapes to London then British Columbia but continues to be haunted by her grandmother wherever she goes. Leavitt has put a decidedly queer twist on the story, moving from women?s passionate friendships in the gardens of St John's Wood to female relationships in the Canadian wild.

The Vancouver Comic Arts Festival and Freehand Books presented the launch for Agnes, Murderess (Freehand, $29.95) with a reading, talk and book signing on Thursday, September 26, 2019 from 7-10 pm at Lost + Found Café (33 West Hastings St). Admission is free and there will be giveaways and light refreshments. Personalized copies of the book will be available for purchase, courtesy of Pulp Fiction Books.

The book is based on the bloody legend of Agnes McVee who is said to have murdered over fifty people, stealing their gold and burning their bodies in the fireplace. When Leavitt first came across her story in 2009 on a trip to 108 Mile, BC, she couldn?t stop thinking about it, and had nightmares about this mysterious murderess. She began filling sketchbooks, and a decade-long project began. Leavitt discovered the first written record of Agnes did not appear until the 1970s, when an amateur historian self-published a guide to buried treasure in B.C. Other evidence that Agnes existed is scant so Leavitt felt free to re-imagine Agnes? story: her immigration to Canada from an isolated Scottish Island; her complex entanglement with shiny things; and her terrifying grandmother, Gormul, who haunted Agnes? dreams and waking life. The book also conveys the pre-conceived notion held by settlers that the ?new world? would be free of ghosts and history. Cumulatively, Agnes, Murderess is a tale of ghosts and murder, friendship and betrayal, love and greed, fate and choice.

Sarah Leavitt has earned international acclaim as a writer and cartoonist. Her first book, Tangles: A story about Alzheimer?s, my mother, and me, was published in Canada, the US, UK, Germany, France and Korea and a feature-length animation is in development. In 2010, it became the first work of graphic literature to be a finalist for any of the prizes administered by the Writers? Trust of Canada. It was also a Globe and Mail Top 100 Book of 2010, the winner of the 2011 CBC Bookie Award for Best Comic or Graphic Novel, a finalist for the 2011 Alberta Readers? Choice Award and a finalist for the 2011 Hubert Evans Non-Fiction Prize. Leavitt?s prose and comics have appeared in anthologies, magazines and newspapers in Canada, the US and the UK. Sarah teaches comics classes in the Creative Writing Program at the University of British Columbia.

Articles: 1 Article for this author
Tangles: A Story About Alzheimer’s, My Mother and Me (Freehand $23.96)
Article


Sarah Leavitt's graphic memoir Tangles: A Story About Alzheimer's, My Mother and Me (Freehand $23.96) tells the story of her mother developing Alzheimer's and her family's emotional reactions that ranged from shock, denial, anger, frustration to hope. The family manages to find moments of happiness that reveal the poignant bonds between mother and daughter. Sarah Leavitt's non-fiction has appeared in Nobody's Mother (Heritage 2006) and Beyond Forgetting: Poetry and Prose About Alzheimer's Disease (Kent State University Press 2009). Tangles is the first graphic narrative to be a finalist for the Writers' Trust Non-Fiction Prize. Tangles was also nominated for the Hubert Evans Non-Fiction Prize. 978-1-55111-117-9