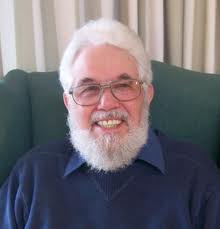 
Christopher Levenson taught English and Creative writing at Carleton University, Ottawa, before moving to Vancouver. He was co-founder and first editor of Arc magazine and series editor of Carleton University Press's Harbinger imprint for first books of poetry. One of his earlier poetry titles, Arriving at Night, won the Archibald Lampman Award in 1978.

The title of his tenth collection, Night Vision (Quattro 2014) refers both to the goggles worn by soldiers that allow them to see in the dark in order to destroy and killm, and the metaphorical night that threatens mankind with political chaos and environmental degradation. The poems describe Vancouver, Calgary, the U.S., Latin America and Europe.

Getting To Know You (2014) is his suite of eighteen poems about Vancouver, where he has lived since August of 2007. The poems are accompanied by nine etchings by Sigrid Albert. It was printed in a limited edition of thirty, hand-crafted copies designed by printer Peter Braune at New Leaf Editions on Granville Island.