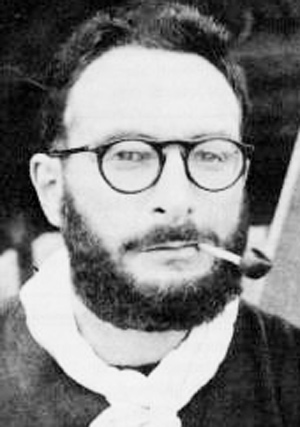 
Widely regarded as the leading figure in post-World War II French ethnology, Claude Lévi-Strauss, born on November 28, 1908 in Belgium, rejected the notion that Western civilization was either privileged or unique in such books as The Raw and the Cooked, The Savage Mind, Structural Anthropology and Totemism. Having studied law and philosophy, he became chiefly known as an anthropologist with passionate interests in Marxism, psychoanalysis and geology. For at least 30 years he conducted research into North and South American Indian tribes, including considerable studies of masks in the Pacific Northwest. Originally published in French in 1945, his The Way of the Masks, translated by Sylvia Modelski, has become a standard reference work for anthropology related to British Columbia. Claude Lévi-Strauss believed the art of indigenous peoples on the coast of British Columbia displayed "an unmistakable stamp and genius." He famously declared, "Their art is not unequal to the greatest, and, in the course of the century and half of its history that is known to us, it has shown evidence of superior diversity and has demonstrated apparently inexhaustible talents for renewal." He became friends with many people on the West Coast including anthropologist Louise Jilek-Aall and her anthropologist husband Wolfgang George Jilek who wrote books on shamanic ceremonialism. The inaugural issue of the International Journal of Independent Scholars, edited by Guy P. Bucholtzer and published from Vancouver in 2010, was dedicated to the memory of Claude Lévi-Strauss.

Review of the author's work by BC Studies:
The Way of the Masks

Lévi-Strauss, Claude. The Way of the Masks (Seattle: University of Washington Press, 1982. Translated by Sylvia Modelski. Published in French in 1945.