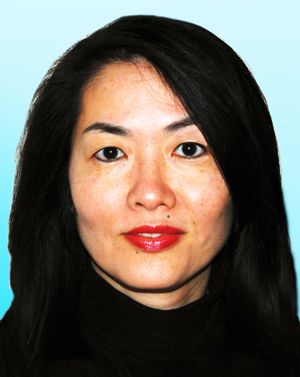 
Before immigrating to Canada at age nine, Julia Lin was born in Taiwan and also lived in Vietnam. Her process of adapting to life in Toronto and Vancouver led to an historically rich story collection, Miah (TSAR $20.95), that reflects Taiwanese life through three distinct eras: Japanese occupation near the outset of the 20th century, persecution under the Koumintang and contemporary Taiwan. In the title story, Miah attends her grandmother's funeral in Taiwan, accompanied by her mother, giving rise to stories that unveil the island's harsh and complex past. Miah is described as the first book-length work of Taiwanese-Canadian literary fiction ever published.

In Julia Lin's biography, Shadows of the Crimson Sun: One Man's Life in Manchuria, Taiwan, and North America (Mawenzie House 2017), Julia Lin describes how fourteen-year-old Akihisa Takayama escaped with his family to their ancestral Taiwan after the Russian invasion of the Japanese puppet state of Manchuria (Manchukuo) in 1945. After surviving the brutal Chinese dictatorship of the Kuomintang, the protagonist has reinvented himself in the 1960s as a physician named Charles Yang. First escaping to the United States, Yang takes his family to Vancouver where they are the first Taiwanese Canadians. The novel describes the little-known histories of Manchukuo and Taiwanese immigration to North America.