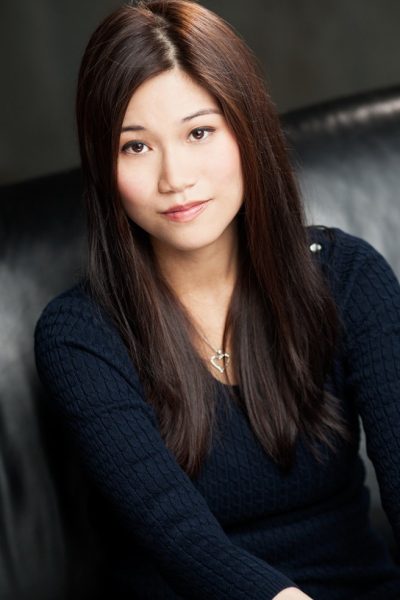 Featured on the Summer issue cover of BC BookWorld, Lindsay Wong became a finalist for the the 2019 edition of CBC?s Toronto-centric Canada Reads! for her first book, The Woo-Woo: How I Survived Ice Hockey, Drug Raids, Demons, and My Crazy Chinese Family (Arsenal Pulp 2018), a rarity for a B.C.-published book. Also shortlisted for the Hilary Weston Writers? Trust Prize for Nonfiction, this darkly comedic memoir of growing up in Vancouver concerns mental health and humor within a Chinese Canadian household. (Canada Reads is an annual ?Battle of the Books? in which five people described as celebrities champion their favourite books in a competition to decide the winning title ?that the entire country will be reading.?) The book was reviewed in B.C. BookWorld by Joan Givner. See her review below. Imogene Lim has also reviewed the The Woo-Woo for The Ormsby Review. See: https://bcbooklook.com/2019/01/17/466-chinese-ghosts-chinese-identity/

In her comedic memoir about the Asian immigrant experience in British Columbia, The Woo-Woo (Arsenal Pulp $19.95) 2018), due in October of 2018, Lindsay Wong describes her paranoid schizophrenic grandmother and her mother who fears Chinese ghosts, aka "woo-woo." The subtitle is How I Survived Ice Hockey, Drug Raids, Demons, and My Crazy Chinese Family. The word Hongcouver is happily used. On a camping trip, in an attempt to rid her daughter of demons, her mother tries to light her daughter's foot on fire. "It's in the DNA and cultural beliefs of almost every village Chinese family to think they are being haunted by ghosts, gwei, every so often, especially if a new baby is born exceptionally ugly..."

Lindsay Wong holds a BFA in Creative Writing from The University of British Columbia and a MFA in Literary Nonfiction from Columbia University in New York City. Her fiction and nonfiction have appeared in No Tokens, The Fiddlehead, Ricepaper Magazine, and Apogee Journal. The recipient of many awards and fellowships, she has been writer-in-residence at the Kimmel Harding Nelson Center in Nebraska City. Currently, she is working on a memoir about her crazy Chinese family.

On canada day 2008 the Second Narrows Bridge spanning the Burrard Inlet was shut down for several hours as a distraught woman dangled over the side from a cable. Holiday traffic was thrown into chaos during the rescue operation, causing subsequent recriminations between various municipal jurisdictions. Mental health workers were outraged by Transport Minister Kevin Falcon's complaint: "How can it take six hours to deal with an elderly female?";

She was not elderly at that time. She was the 42-year-old favourite aunt of Lindsay Wong, and like other women in the family was plagued by mental illness. Grandmother Poh-Poh suffers from paranoid schizophrenia and fears the refrigerator is out to assassinate her. Wong's mother, Quiet Snow, suffers from depression and severe anxiety. Beautiful One, the bridge jumper, who planned suicide attempts on every national holiday for two years after the bridge episode, has periodic psychotic breakdowns.

Lindsay Wong has ample material here for the kind of human misery memoir that has been a dominant literary genre since around 2005 when Martin Levin of The Globe and Mail noted that literary agents were asking their clients for accounts of autism, alcoholism, abuse etc. Wong's inclination, on the other hand, is for irreverence, parody, and subversion. The result is a comic tour de force, no less powerful for its tragic undercurrent.

Her favourite target is the deep-rooted superstition that dismisses mental illness as "Western bullshit"; and prevents it from being medically treated. "No such fucking thing as brain disease,"; says her mother, whose English vocabulary is rife with profanity she would never dream of using in her native tongue. She believes the real cause of every mental disorder is possession by malignant supernatural creatures, known collectively as the Woo-Woo. Because these ghosts fear bright lights and noise, Wong's mother and her three children took refuge in their early years in the food court at the shopping mall, where they stayed from opening to closing time. Hudson's Bay was another safe place, Sears less so because it was not as bright.

The danger of being possessed is at its highest in the bathroom. It is not safe anymore, her mother warns, nor is going to the bathroom unaccompanied. "Leave the door open when you pee."; Showering is particularly dangerous, as is taking too long on the toilet. In one relative's home, bowel-movement times are closely monitored and checked off by a responsible adult.

When a doctor is consulted, he becomes a source of contemptuous jokes. Poh-Poh's psychiatrist, for example, is described as loving "Poh-Poh so much he studied Poh-Poh in college! P is for Poh-Poh and phony PhD."; "That neurologist is crazy...He's just giving you bullshit because you paid him.";

Alert to every literary and racist cliché, Wong co-opts them and plays relentlessly with their satiric possibilities, especially in describing her exceptionally thriving immigrant family. Even Beautiful One, is "a franchise queen,"; who successfully operates three Vietnamese restaurants. The family home, "Belcarra,"; is a sprawling McMansion with three white garages that always house three or four new American cars. It is located on the side of a mountain, a two hour drive from the city of "Hongcouver,"; where white families moan about the "Asian tsunami."; "Pot Mountain"; or "The Poteau"; is ideal for growing and harvesting pot.

A barbequed pig is ushered in on a tray, double doors propped open, five pall bearers from the butchers conveying the wide-eyed carcass, still shocked. Tummy hollowed out, skin like a fitted cape, dyed shocking sienna. One of the uncles hacked the animal into bite-sized snacks with an executioner's axe. Another uncle yanked out the pig's underbelly.

A "camping"; holiday, in which the families depart in matching trailers for a "dehydrated"; RV resort in Osoyoos produces similar soaring prose.
...we huddled miserably, suffocating in the choky desert heat, inside our claustrophobic 150-square-foot mobile cabins, skinny, rectangular travelling motels that had the frigid luxury and malfunctioning comfort of unplugged commercial freezers. This was what we thought real North Americans did: that we were fruitfully living the American dream if we owned one brand-new R.V. per family.

Although the derisive impulse is not restrained in describing Wong's own life ("Ivy League graduate escapes her crazy family";), it does not conceal either her accomplishments or her courage. Her academic success began at UBC ("The University of a Million Chinese";) where teachers spotted the raw potential in the "weirdo character profiles"; she wrote of her relatives; from there she went on to graduate work at Columbia University.

It was in New York that she developed severe vertigo and other neurological symptoms, all the more alarming in view of her family history. Fortunately she was able to escape the Woo-Woo and obtain an accurate medical diagnosis and treatment. In spite of the severity of her migraine-associated vestibulopathy (MAV), she completed the MFA degree, and went on to earn many awards.

Should she fear repercussions from her revelations of "the Chinese loony-bin";? Kevin Chong apparently thinks so for he warns "Someone get Lindsay Wong into a witness protection program."; He couples that plea with the opinion that she is "the future of Asian Canadian writing.";

Anyone seeking a gloss on his last remark might look to Philip Roth's extensive responses, in essays and interviews, to attacks by some members of the Jewish community on his racy portrayal of Jewish life in Goodbye Columbus and Portnoy's Complaint.