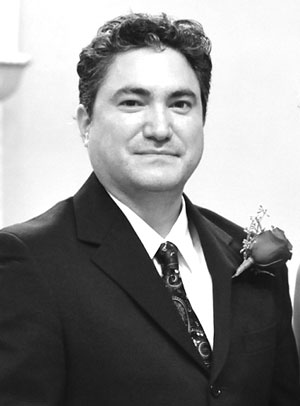 
A member of the N'lakap'mux First Nation in Lytton, Vancouver-based actor and playwright Kevin Loring is the author of Where the Blood Mixes (Talonbooks, 2009), nominated for five Jessie Richardson Theatre Awards and winner of the Governor General's Award for Drama in English in 2009. The play was staged again at the Belfry Theatre in Victoria in early 2010. It examines the residues of residential school in one family when a daughter comes home after two decades to confront her father about the past.

Where the Blood Mixes premiered at the 2008 Luminato Festival in Toronto. Presented at the 2008 Magnetic North Festival in Vancouver, it opened on the day of the House of Commons' apology for the legacy of suffering generations of aboriginal people continue to endure as a result of their experiences at residential schools. A remount of this production, in association with the playwright's own company, The Savage Society, was selected to tour as part of the 2010 Cultural Olympiad.

In Loring's play, Little Red Warrior and His Lawyer (Talonbooks, 2021) The last remaining member of a First Nation, Little Red Warrior is fighting in court to get back his traditional lands and prevent further settler construction that has already started. His lawyer, Larry invites Little Red to live in his basement during the court case. Romantic sparks fly between Little Red and Larry's wife Desdemona. Then the court case takes an unexpected turn and everything is up in the air.

As an actor, Loring has performed in numerous plays across Canada including Marie Clements' Burning Vision and Copper Thunderbird, and George Ryga's classic The Ecstasy of Rita Joe. He has also starred in the feature film Pathfinder, played the title role in Hosanna at the Manitoba Theatre  Centre and was the lead in a comedy produced by APTN entitled Health Nutz.

Loring is a recipient of the 2005 City of Vancouver Mayor's Arts Award for Emerging Theatre Artist and was the 2006 artist-in-residence at The Playhouse Theatre Company. Kevin then received the 2009 Sydney J. Risk Award, the Jessie  Richardson Theatre Award for Outstanding Original Script and was invited to serve as Playwright-in-Residence at the National Arts Centre in Ottawa in 2010.

Kevin Loring has also co-produced and co-hosted Canyon War: The Untold Story, a documentary which chronicles the Fraser Canyon War of 1858.

As with his first play, the Governor-General's Award-winning Where the Blood Mixes, Kevin Loring's Thanks for Giving showcases an ability to blend realism and expressionism, gripping drama and laugh-out-loud humour, and traditional and contemporary cultures.

The play begins with matriarch Nan narrating a story about the Bear Dancer's role as a guide to early humans, accompanied by the Bear Dancer herself. Nan's culture links twin births to grizzlies, and her family is replete with twins.

When, unbeknownst to her, Nan's Caucasian husband Clifford shoots a grizzly (ostensibly in self defense, but, actually, we later learn, for profit) and her cubs, the echo reverberates across the mountain valley and into their home.

As three generations meet in their home village for Thanksgiving dinner, truths are laid bare. Nan's unreliable daughter Sue has addiction issues, the result of her witnessing the accidental deaths of her husband and twin brother in the same accident and the sexual abuse she suffered at the hands of Clifford, her stepfather.

Marie and John's cousin Clayton, whose father was the accident victim, has stayed in the town, where he imports garbage from the city for a living. He was Clifford's accomplice in the bear shootings.

The inevitable collisions within such a fraught and divergent group of people are made all the more tense by their humour. Moving from widely varying accounts of the origins of Thanksgiving to more personal matters, the conversation becomes increasingly rancorous, culminating in disclosure of Sue's addiction and Marie's sexuality, which were not a complete surprise to the rest of the family, and the revelations of John's career move and Clifford and Clayton's desecration of the bears, which were.

Post dinner, as the characters share past experiences, tensions ease up slightly. Nan and Sue accept Sam, and Marie's sexual orientation, and Clifford even shares a traumatic childhood experience of his own when his father shot his beloved dog. However, some frictions, such as that between John and Marie, who cannot abide the thought of her brother risking his life for their colonizers, are not easily allayed.

Above all, to Nan, the bear shooting is unforgivable. The present trauma precipitates a series of revelations by Nan: she divulges that she is a residential school survivor and recounts a story she has long repressed about a Chief's daughter and a grizzly (transformed into human form) who parented twins, who could themselves transform into bears. Thus, her husband and grandson have committed an abomination against her family's culture. Act One ends with expressionistic encounters between various characters and the Bear Dancer.

There are more revelations in Act Two which culminates with Clifford encountering the Bear Dancer and committing suicide. His funeral, opening Act Three, occasions a reunion that gives rise to confessions and forgiveness. Marie and John make peace when she shares a digitized wax cylinder recording of their great-great-grandmother singing a Bear Song for twins. Marie, who has earlier revealed that she is pregnant, announces that her water has broken. The play ends with newborn twins secure in their ancestors' arms.

Thanks for Giving, a compelling unveiling of intergenerational trauma, interdependence, and human hardiness, is a profoundly important addition to the growing body of Indigenous drama in Canada.
***
In 2001, I noted that, Joan MacLeod in The Hope Slide, domesticated social issues. She favours private, rather than public spaces, intensely develops a single character (most of her works are one-handers) and, through that prism, sheds light on issues ranging from eating disorders to bullying, from urban devastation to mistreatment of people with intellectual challenges.

With Gracie, MacLeod successfully continues her modus operandi: the titular character moves with her family from a Fundamentalist Church of Jesus Christ of the Latter-Day Saints (FLDS) colony in the U.S. to its equivalent in B.C. Apparently, the tenets and practices of Mormon fundamentalist groups can vary; however, Gracie's sect is dominated by leaders who practice polygamy and decide to whom the female members can be assigned.

We are privy to Gracie's life from ages 8 to 15. MacLeod poignantly conveys the sheer obliviousness of a child who has known no other world than one where children raise children, material possessions are in short supply, virtually every subject in the school curriculum is thinly disguised religion, where one is evasive with the few members of the outside world one encounters, and where membership involves surrendering any semblance of freedom particularly, but not exclusively, for women.

Among the characters we meet are Gracie's mother, siblings, and friends, as well as authority figures such as Mr. Shelby, with whom the church has placed Gracie's mother, necessitating the family's uprooting. The extent to which Gracie's mother's individuality has been subsumed in the sect is particularly stunning: she is resigned to counseling her offspring to erase their pasts and lie about their present, and, even more harrowingly, to subjecting her daughters to virtual enslavement.

Lest we assume the patriarchal nature of the FLDS assures privilege to all male members, MacLeod introduces the hierarchy-within-the-patriarchy through Gracie's older brother Billy. Unable to resign himself to finishing school after grade ten, performing low paid labour in the colony, and passively awaiting his rewards in the afterlife, he rebels, countering his mother's attempts to erase the family's past and catalyzing Gracie's gradual awakening. After being banished from the sect and disowned by his mother, Billy secretly returns to school Gracie in the realities of the colony and the larger world.

Here again, MacLeod uses the solo performance to great effect. As Gracie mulls over Billy's insights into the human commodification that is the backbone of the cult's organization, and as she watches her female siblings and friends being assigned to males at the top of the hierarchy, she slowly confronts her own future. When things come to a head when she is assigned to an older man, she attempts escape. As her mother rushes from her stove to restrain her, she burns Gracie with hot cider.

Awakening in a public hospital, Gracie is soon visited by Billy, who reveals that their mother has disowned her, but given Billy written permission to return her to their biological father in the U.S. At times during their trip, Gracie is tempted to return to the B.C. colony; only through Billy's diligence and insistence on recounting details of their early childhood does she gain the strength to continue the journey to their childhood home. Stories of her early history are her path to her future in the larger world.

Ginny Ratsoy, associate professor of English at Thompson Rivers University specializing in Canadian literature recently contributed to No Straight Lines: Local Leadership and the Path from Government to Government in Small Cities (University of Calgary Press, 2018).