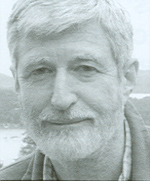 
Born in Belfast, Derek Lundy of Salt Spring Island immigrated as an infant with his family to England, then onto Canada. He is the author of Godforsaken Sea: Racing the World's Most Dangerous Waters, an account of the round-the-world single-handed yacht race that claimed the life of Canadian sailor Gerry Roufs in the Southern Ocean, and The Way of a Ship, a re-creation of a square-rigger voyage round Cape Horn at the end of the 19th century.

Having made numerous trips to his ancestral homeland, Lundy chronicled the lives and times of three Ulster relatives -- Robert Lundy, William Steel Dickson and Billy Lundy -- for The Bloody Red Hand: A Journey Through Truth, Myth and Terror in Northern Ireland (Knopf, 2006).

At age 60, in the aftermath of the deaths of three close friends, Lundy rode his rusty Kawasaki LRR 650 motorcycle the length of the U.S.-Mexico border, as well as the length of the U.S.-Canada border, to write Borderlands (Knopf $32), an often-humourous memoir that explores American society, and its obsession with security, "Borderlands anywhere,"; he writes, "are often like a third country, distinct in many ways from the two countries the border defines.";


Based on scraps of information the author has pieced together about his seafaring great-great uncle, Lundy imagines a trip aboard a massive square-rigger, the Beara Head, hauling coal from England to Chile in 1885. 0-676-97371-X