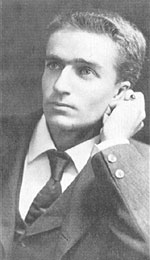 
"It was during the Spring of 1901, in Victoria, B.C., that Mr. Luxton, a Canadian journalist, asked me if I thought I could accomplish a voyage around the world in a smaller vessel than the American yawl Spray, in which Captain Slocum, an American citizen, had successfully circumnavigated the globe." -- John Voss

Prior to Thor Heyerdahl and the Kon-Tiki, there was John Voss and the Tilikum, a 50-year-old dugout canoe that was transformed into an ocean-going vessel that sailed from Vancouver Island to London. The story goes that an intrepid, Winnipeg-born reporter Norman Kenny Luxton met hardened sailor John Claus Voss in a Victoria beer parlour and they started talking about the seaworthiness of Indian dugout canoes made of red cedar. In April of 1901, for $80, Voss purchased a very old Nootkan (Nuu-chah-nulth) dugout that he found in a small cove on northern Vancouver Island. Apparently a bottle of rye sealed the deal. Voss and a a shipwright named Harry Vollmer prepared their 32-foot craft in the hopes of emanating the first solo circumnavigation of the world by Nova Scotian-born Joshua Slocum in his 37-foot sloop Spray (1895-1898). At the time, Slocum's memoir of his 46,000-mile voyage entitled Sailing Around the World was a bestseller and Luxton intended to write a similar account of their planned voyage. Voss and Vollmer built up the sides of the Tilikum by seven inches and added three masts, oak frames, a set of close-hauled sails totalling 230 sq. feet of canvas, a cockpit for steering, a half ton of ballast, 400 pounds of sand for trimming ballast and a five-ft. by eight-ft. cabin. Vollmer's wife sewed the sails on her sewing machine.

Voss might not have been the most reputable fellow in town, but he knew how to sail. Born in either Germany or Denmark around 1861, he'd gone to sea at 19. Voss and Luxton embarked on the Tilikum -- meaning 'friend' in Chinook -- from Oak Bay near Victoria on May 20, 1901 but it was an inauspicious start. With Luxton below, sleeping off the after-effects of all-night partying at the Palace Hotel, Luxton only awoke when they were ten miles from Victoria, battling the currents at Race Rocks. They took refuge in Sooke Harbour and repaired some leaks. Again rough seas prevented their sailing around Cape Flattery and they had to double back. Eventually Voss taught Luxton some of his sailing techniques and his particular skills with using an anchor. They reached Penryhn Island in the Cook Islands in the South Pacific on September 2, 1901. But all was not friendly on the Tilicum. The older Voss was a volatile character, prone to drunken rages. On their way to Samoa the much younger Luxton had to threaten his captain with a .22 calibre Stevens pistol and keep him locked in the cabin. On Samoa they visited the tomb of Robert Louis Stevenson and Luxton had a fling with a woman named Sadie Thompson with "legs like mutton and breasts like huge cabbages," who wanted him to manage her store. Prior to departure for Fiji, Luxton had the presience to make Voss sign a document, witnessed by a storekeeper named Swan, in which Voss agreed to submit to a judicial enquiry if for any reason Luxton did not survive the next leg of the voyage.

After more amorous encounters with Native 'princesses' along the way, and a near fatal shipwreck on their way to Tonga, the journalist Luxton disembarked from the Tilikum after they reached Suva, Fiji on October 17, travelling ahead to Australia in order to recover from his various wounds. He nonetheless planned to rejoin Voss in Sydney and share in whatever celebratory honours might accrue. Suffering from exposure upon his arrival in Sydney, Voss was hospitalized for several weeks himself, reportedly due to "sickness he contracted through the women on the islands". The pair of adventurers from far-off British Columbia were suitably feted on several occasions but Luxton decided to leave their expedition in Melbourne. He never saw Voss again. Luxton returned to Canada.

Voss stubbornly crossed the Indian Ocean to the Cape of Good Hope. Remarkably he sailed up the west coast of Africa and arrived at the mouth of the Thames River in September of 1904, having had 11 different mates pass through his command during the 40-month adventure. Captain John Voss published his sailing memoir as The Venturesome Voyages of Captain Voss in 1913. Having logged 16,000 km. at sea, the hulk of the Tilikum was sold several times, then left to decay in a Thames shipyard. Luxton always intended to publish his own side of the story but failed to do in his lifetime. His daughter Eleanor Georgina Luxton edited his notes and photographs, added biographical sketches, and eventually published Tilikum: Luxton's Pacific Crossing (Sidney: Gray's Publishing, 1971). The Tillikum was retrieved from England in the 1920s by the Vancouver Island Publicity Bureau and it was partially restored through the combined efforts of the Thermopylae Club and the B.C. Historical Society. After it was displayed at Thunderbird Park in Victoria for several decades, it became a permanent exhibit of the Maritime Museum of British Columbia as of 1965. To commemorate the 100th anniversary of the Tilikum's departure from Victoria in 1901, master sailmaker Ron Mack outfitted Tilikum with new set of sails made of 12 oz. cotton duck, the weight John Voss used for his original sails, applying 100 stitches to the yard. Jeune Brothers supplied the required 30 yards of 36-inch wide material.

But there's more to the story... When Luxton left Voss in Fiji, going ahead to Sydney, the tempermental Voss needed to replace him. In a bar in Suva, Fiji, he found a sailor named Walter Begent. Born in Tasmania in 1871, Begent had fought for the British army in India. After a visit to his parents in Tasmania, Begent had missed his connection with the barque Freelove. Having gravitated to Fiji via Auckland, Begent accepted the opportunity to return to Australia. But Begent never made it. Upon reaching Australia, Captain Voss reported that his replacement first mate had been washed overboard, along with his only compass. Luxton alleges in his posthumously published memoirs that Voss more likely threw Begent overboard during one of his drunken binges. He also claimed Voss did not deny this accusation when Luxton confronted him with it. Luxton recalls that he had forewarned Begent about Voss and urged him to toss the liquor supply overboard--but to no avail.

After losing both Luxton and Begent, Voss sailed to New Zealand where he gave some lectures and changed his name to McVoss. He invited South Pole explorer Horace Buckridge, who had recently visited the Pole with Captain Scott, to briefly sail with him, but he departed New Zealand for the New Hebrides on August 17, 1902 with a new mate named MacMillan, a well-educated man who accompanied him as far as Durban, South Africa. A new mate was acquired for the voyage to St. Helena, then onto Pernambuco in Brazil. From South America, Voss reached London via the Azores off the coast of Africa. At 4 pm on September 2, 1904 he reportedly reached Margate. Asked how long he had been at sea, 'McVoss' replied, "Three years, three months, and twelve days."

Possibly Voss' reputation preceded him. Upon leaving British Columbia in 1901, Voss had registered the Tilikum as the Pelican in order to confuse the U.S. Coast Guard who were hoping to arrest him on charges of smuggling Chinese labourers and drugs. Although he was briefly celebrated in London for his astounding feat, he was not inducted into the various nautical and exploratory societies to which his accomplishments ought to have made him worthy of membership. Although he sailed enough miles to circumnavigate the globe, he did not cross all the meridians and therefore failed in his intended nautical quest. Voss briefly returned to Victoria, where he was co-owner of a hotel, then he resumed his life at sea as a whaler. It is not known for certain whether Voss died in California in 1922 or he died at sea. The Beaver and The St. Rock are much better known in British Columbia, but the voyage of the disreputable Captain Voss in the Tilikum would make for a much better movie.

Upon his return to Canada, Norman Kenny Luxton took over the newspaper in Banff called Crag and Canyon in 1902. Having lost a lot of weight during his adventure with Voss, he initially had returned to Calgary where friends convinced him to recover in Brett's Sanitarium in Banff. He subsequently remained in Banff for sixty years, remaining as the publisher of the Crag and Canyon until 1951, and initiating Banff's Winter Carnival and Banff's Indian Days. He married and also opened tourist and taxidermist shop in Banff in 1903 caleld the Sign of the Goat Trading Post. "I made it look like a museum so that people would be interested," he said, according to an entry in Arlene Pervin's Rocky Mountain Tales (2010), "even if they didn't always buy. A few years later, we reopened on the other side of the river, where it stands to this day. In 1927, I renamed it Banff's Indian Trading Store. With my brother Lou, managing the store, we shipped furs, big game heads, Indian beadwork and relics of all kinds everywhere in the world to royalty, millionaires, hunters and tourists. I used to keep a pet bear chained to the front of the store, a sure drawing card for eastern city-slickers looking for a piece of the Wild West."

Luxton was born in Winnipeg on November 2, 1876 and he died in 1962. His father, William Fisher Luxton, was the founder of the Manitoba Free Press, the genesis for the Winnipeg Free Press.