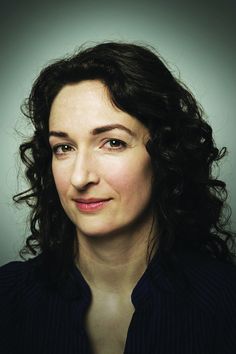 
Annabel Lyons' first novel, The Golden Mean (Random House 2009), imagines the friendship and bond between Aristotle and Alexander the Great, as narrated by Aristotle. As the novel opens, Aristotle must postpone his dream of succeeding Plato at the Academy in Athens when he is forced to tutor Alexander, a prince of Macedon. This novel was the only book in 2009 to be nominated for the Scotiabank Giller Prize, the Governor General's Award for English Fiction and the Rogers Writers' Trust Fiction Prize. Lyon won the Rogers Prize. The Golden Mean was also a finalist for the Commonwealth Writers' Prize for Best Book (Canada and Caribbean), the Amazon ca./Books in Canada First Novel Award, the Ethel Wilson Fiction Prize and two Canadian Booksellers Association Libris Awards -- for Fiction Book of the Year and Author of the Year. Then Hello! Canada magazine named her as one of their Women of the Year. The book led to her 64-page essay, Imagining Ancient Women, in which she discusses sifting through historical sources to write an historical novel.

Lyon followed her first collection of short stories, Oxygen (Porcupine's Quill, 2000) with three novellas in The Best Thing For You (M&S 2004). All-Season Edie (Orca 2008) is a children's book about eleven-year-old Edie who responds to the illness of her beloved grandfather by acting out--trying to practice witchcraft, ruining her older sister's party, trying to learn flamenco dancing and meeting Zeus at the mall while Christmas shopping.

Lyon majored in philosophy as an undergraduate at Simon Fraser University, with minors in French and English literature, graduating in 1994. She credits her father, Sun journalist Jim Lyon, and her philosophy professor Donald Todd, as positive influences in her path to becoming a writer. Married with children, she lives in New Westminster.


Annabel Lyon has published The Best Thing for You (M&S $24.99), a collection of three novellas. In No Fun, Kate is a medical doctor with a witty, film-professor husband, a well-mannered son and a house with 'lawn like jade' in an upscale neighbourhood. The balance is threatened when her son is charged in connection with the beating of a boy with Down-syndrome. 0-7710-5397-5
BCBW Summer 2004


Nominated for The Golden Mean
BC Book Prizes (2010)


On the orders of his boyhood friend, now King Philip of Macedon, Aristotle postpones his dreams of succeeding Plato as leader of the Academy in Athens and reluctantly arrives in the Macedonian capital of Pella to tutor the king's adolescent son, Alexander the Great. Aristotle warms to the challenge of instructing his young charge in whom he recognizes a kindred spirit, an engaged, questioning mind coupled with a unique sense of position and destiny. He feels that teaching this startling, charming, sometimes horrifying boy is a desperate necessity. And that what the boy - thrown before his time onto his father's battlefields - needs most is to learn the golden mean, that elusive balance between extremes that Aristotle hopes will mitigate the boy's will to conquer. Annabel Lyon's second book, The Best Thing for You, was nominated for the 2005 Ethel Wilson Prize for Fiction. She lives in New Westminster.
BC Book Prizes catalogue


In The Sweet Girl, Annabel Lyon has emerged as a consummate professional according to reviewer John Moore. "Amateurs write complex sentences,"; he contends, "pros write simple ones.";

Annabel Lyon's The Golden Mean (2009) was an unlikely bestseller. After all, who writes a novel about a philosopher? Who reads one? Traditionally, writers of historical fiction are drawn to kings and queens, conquerors and concubines whose documented lives provide rich material for heroic dramatization.

Aristotle may have authored many of the seminal texts of western civilization, but aside from teaching to pay the rent, he was a man who spend most of his life just thinking. The hook, for Lyon and many readers, is that one of his students was the prince of Macedon who would become one of the most famous warlords in history-Alexander the Great.

Lyon's new novel, The Sweet Girl, tells the story of Aristotle's last days from the point of view of his daughter, Pythias. On the brink of womanhood, Pythias is a precociously intelligent child endowed with her father's relentless curiosity and keenness of mind. At his symposia-drinking parties attended by the cream of Athenian philosophical society dominated by her father-she is trotted out as a kind of trick pony, like a counting horse or talking dog, to astonish the exclusively male intelligentsia, who simply don't know what to make of a female who can think, write and dispute like a man.

Though her father encouraged Pythias' studies from early childhood, even he seems reluctant to seriously consider the notion that she might one day take over from him as head of the most prestigious philosophical school in Greece. When Jason, a young distant cousin, turns up at their door seeking support from the family's famous relative, Aristotle takes him in and is all too willing to interpret his quick cunning as a sign of intelligence worthy of a prospective male heir.

Resentful but subdued, Pythias' feelings about the young man are complicated by a growing attraction that is anything but intellectual.

First a rumour, then a reluctantly admitted fact, the premature death of Alexander in faraway Persia is a disaster for the Macedonian community in Athens. Acknowledged leader among the Greek city-states, Athens bore its defeat by Philip of Macedon at Chaeronea in 338 B.C., a battle in which Alexander played a crucial role, with muted passive hostility.

On the death of Alexander, pretences are dropped and despite his position and fame, Aristotle and his family are menaced and attacked in the streets. Wisely, he moves them to Chalcis, a small town with a Macedonian garrison, where the choices for a girl now sixteen are even more limited than in cosmopolitan Athens.

Annabel Lyon's Aristotle is a disappointed man, but not a surprised one. The historical Aristotle is said to have given up the chance to succeed Plato at the head of the school of Athens to take on the job of tutoring the son of a king regarded as a semi-barbarian by most Greeks.

Aristotle believed philosophy ought to be more than a parlour game played by sophists and that by being the instructors of kings, philosophers could make ideas a force for good in the world. His influence on Alexander is still debated by scholars, though on the evidence it appears Alexander paid more attention to lectures on geography than to those on ethics.

Lyon's Aristotle receives specimens sent from all over the conquered world by the young king, but no replies to his own letters of advice. Even in ancient Greece, men of action, men who do things, do not like to be told what to do.

The decline and death of her father is inevitably a greater tragedy for Pythias than the demise of the already half-legendary Alexander because, without his protection, she must find a way to live within a society that offers almost no options for an independent thinking woman, no opportunity for rebellion against the status quo.

Pythias experiments with serving in a temple, even tries to become a courtesan despite her meagre qualifications. Her infatuation with her n'er-do-well cousin, Jason, gradually fades as she comes to accept the marriage her father had arranged for her with Nicanor, an older veteran companion of Alexander.

In Nicanor, Lyon gives us a surprisingly authentic and poignant portrait of post-traumatic stress syndrome, ancient Greek style. He is a man who has followed his restless king onto far too many noisy battlefields and is desperate for simple peace and quiet. Pythias' eventual acceptance of his hesitant, uncertain affections, his inexpressible loneliness and long silences, signal her maturity, her decision to make the best of her situation despite its constraints.

Prose that is easy to read is the hardest to write. Amateurs write complex sentences; pros write simple ones. Annabel Lyon has emerged as a consummate professional, combining an unerring grasp of the small telling detail-of weather or domestic routine-that will bring a scene to life with pared down prose that is evocative rather than laboriously illustrative.

At 256 pages, The Sweet Girl isn't a big novel, yet the characters are large-as-life, bringing a rich sense of their whole lives with them onto the page. That said, if The Sweet Girl feels a bit light, I suspect it's because it may be the second installment of what will prove to be a trilogy of novels. This one leaves you with the feeling there is more to know about Pythias as her father's nature re-asserts itself in her with age.

Aristotle was the first critic to codify most of the core-level dramatic conventions inherent in our culture. As he might have said himself, "It needs a third act."; 978-0307359445

John Moore is a novelist who lives in Garibaldi Highlands, near Squamish.