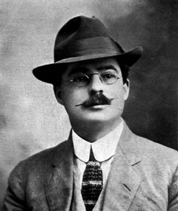 Born Thomas Robert Edward McInnes near Dresden, Ontario in 1867, he later changed the spelling of his surname to MacInnes. He was the son of Thomas McInnes, a Lieutenant Governor of British Columbia (1897-1900). He moved with his family to New Westminster as a boy in 1881. He attended Osgoode Hall Law School at University of Toronto and was called to the Bar in 1893. In 1896 he became secretary to the Bering Sea Commission and later participated in the Yukon gold rush by helping to supervise the importation of goods to Skagway, Alaska. He then settled in Vancouver as a lawyer where he helped draft the 1910 Immigration Act and the 1928 Trade Immigration Board Act with the purpose of eliminating the number of business licenses granted to Asians. As a member of the Canadian Union of Fascists and the Citizens League, MacInnes was despised by the remarkable trade unionist Arthur H. 'Slim' Evans who viewed MacInnes as a two-faced shyster. "Tom was a violent man and his pen was for hire as well as his voice," recalled labour historian Hal Griffin.

MacInnes was also involved in import regulations and narcotics control. From 1916 to 1927 he spent long periods in China developing business interests. He was the only foreign director of the Kwontong Tramway Company from 1919 to 1924. After the Chinese revolutionary government expropriated his company, MacInnes published a series of articles in the Vancouver Province and the Vancouver Morning Star in 1926 that were the basis of his book Oriental Occupation of British Columbia (1927), published by the Sun Publishing Company. MacInnes urged B.C. to adopt apartheid-like policies favoured by the Dominion of South Africa. He primarily feared that an influx of Oriental merchants would depreciate real estate value. "I'm no fanatic or unsubstantial alarmist,"; he wrote. "Fifty years hence, if there still be any copy of this book left in British Columbia, I hope some more or less fair Nordic reader will be in a position to smile at the fears expressed in it."; Fifty-two years after MacInnes published Oriental Occupation of British Columbia, Vancouver journalist Doug Collins published his book Immigration, the Destruction of English Canada.

MacInnes supported the "Lemieux-Hayashi Agreement" and the 1924 'Gentlemen's Agreement' between Canada and Japan, whereby Japanese could only enter Canada to become farm labourers, domestic servants, and contract labourers. "We struggle to prevent our average white citizen form being displaced by Chinese and Japanese in the commercial, industrial and agricultural life of British Columbia," he wrote. MacInnes published an earlier record of his Chinese experiences, The Teaching of the Old Boy, and an autobiographical prose collection called Chinook Days that gave his impressions on the history of B.C. As a literary writer, he was chiefly known for his Roundabout Rhymes. He died in Vancouver in 1951. For further information on Tom MacInnes, consult "A Romance of the Lost: The Role of Tom MacInnes in the History of the British Columbia Indian Land Question" in Baker and Phillips, eds. Essays in the History of Canadian Law, Vol. VIII (Toronto 1999) at 171-212.