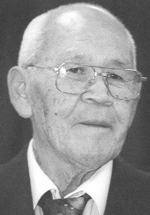 
Chief Earl Maquinna George entered the University of Victoria at the age of 64 and earned a B.A. in History, and an M.A. in Geography. His memoir Living On The Edge: Nuu-chah-nulth History from an Ahousaht Chief's Perspective (2003) was written from his Master's thesis to inform his children, grandchildren, and all the people of Ahousaht about their past.

In Living on the Edge, he provides a detailed account of the whale hunt, beginning with the carving of the giant whaling canoe (over 40 feet long and six feet wide) from a special cedar log that has its own history. He also gives a step-by-step description of the ritual killing of the whale, and ends with the dividing up and sharing of the meat afterwards.

The section "The Gift of Salmon"; records the special care taken in ensuring the continuing fertility of the salmon stock. The book concludes with Maquinna's thoughts about the ongoing treaty process. Since many issues in the treaty process relate to ownership, he explains the word HaHuulhi: "It is not ownership in the white sense; it is a river or other place that is shared by all Nuu-chah-nulth-people, with a caretaker being hereditary chief of each site or village."; It is now a concept recognized in the negotiations, and has been written into the framework as one of the key issues.

Maquinna was taught Christianity during his early years at a United Church residential school where he remained fulltime because his mother died when he was young and his father was a fisherman. His education at school was complemented by traditional training from the elders of the Ahousaht First Nation, of which he is an hereditary chief. He also learned fishing and sea-going skills, worked as a Coast Guard, and earned his skipper's papers. A stint as a logger gave him first-hand knowledge of the damage caused by logging companies.

[based on a BCBW review by Joan Givner]