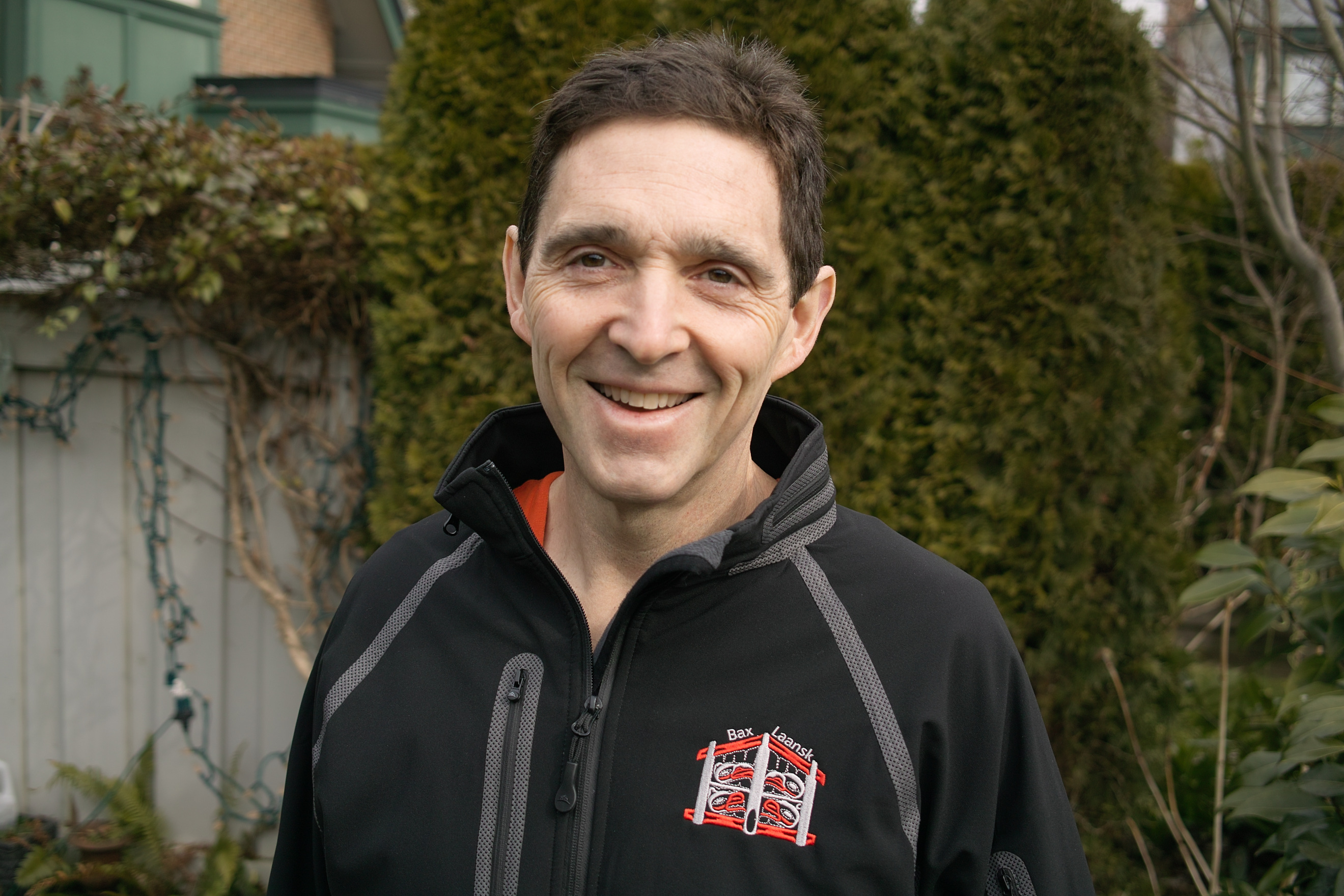 
REVIEW: People of the Saltwater: An Ethnography of Git lax m'oon

In People of the Saltwater, UBC anthropologist Charles Menzies--previously the co-author of BC First Nations studies. Victoria, Ministry of Education, 2003--provides an ethnography of his own people, known variously as the Kitkatla, Gitxaala, or Git lax m'oon ("the people of the saltwater"), whose traditional territory is based at the village of Kitkatla on Dolphin Island, 45 km south of Prince Rupert.

Reviewer Robert Muckle assesses an innovative and multifaceted book that applies Indigenous methods and decolonizing frameworks to the record of the Git lax m'oon left by ethnography, ecology, archaeology, linguistics, and oral and written history.

It isn't often that an ethnography of an Indigenous community is authored by someone who is not only an anthropologist but a member of the community studied. This is what we have, however, with People of the Saltwater: An Ethnography of Git lax m'oon, by Charles R. Menzies.

This combination of community member and anthropologist has led to an engaging and important book about a First Nation coastal community near Prince Rupert. Commonly known as Gitxaala, the traditional territory of the Git lax m'oon extends from Prince Rupert southward for about 250 km. They are generally considered by anthropologists and others to be a part of the larger linguistic and cultural group known as the Tsimshian.

A Git lax m'oon member, Menzies grew up in the Prince Rupert area and spent considerable time working in the commercial fishery in the waters of the region. It wasn't until he started the research on which this book is based, however, that he visited the home village (Lach Klan) in the late 1990s.

Menzies is also a professor in the Department of Anthropology at UBC, with interests in First Nations, traditional ecological knowledge, and resource management. This combination leads to an interesting book, framed by his experiences and responsibilities as a member of the Git lax m'oon Nation, as well as being an anthropologist studying, as anthropologists are sometimes wont to put it, "the other."

Menzies, of course, is fully aware of the context of his research and writing. He notes that he is telling the ethnography of Git lax m'oon from the perspective of both a community member and from that of a "professional stranger," meaning a practicing anthropologist.

The title identifies this work as ethnography, but it is much more. Beyond a description of this contemporary community, Menzies effectively weaves archaeology and linguistics into People of the Saltwater, which also contains considerable history: oral history, written history, and Menzies' own personal history.

He also entwines strands of Indigenous methods, decolonizing perspectives, and substantial critique of ethnographers, archaeologists, and other researchers who have misunderstood the Git lax m'oon First Nation, which considers itself a community distinct from the Tsimshian. The government is not without critique, especially in regard to the mismanagement of fishery resources.

The book is relatively short at 179 pages, divided into an Introduction, eight chapters, and a short conclusion. It includes five photos, two maps, one table, notes, references, and an index.

Traditional ethnographies, especially those from the late nineteenth and early twentieth centuries, typically covered a broad range of cultural elements, leading to sometimes superficial descriptive coverage and lack of adequate understanding and discussion of how various aspects of a culture are inter-related. Contemporary ethnographies, by contrast, tend to be much more focused, covering fewer cultural aspects but in more depth.

People of the Saltwater follows this tendency. Menzies focuses on social and political institutions in the first four chapters and fisheries in the last four. He describes how the social and political institutions and the fisheries operate today, but with strong links to the past. This is an interesting and valuable contribution, showing not only how aspects of culture relate to each other but how they are interconnected with the past.

The Introduction situates the Git lax m'oon people and the research on which the book is based. It is clear that this is more than a standard anthropological treatment. Menzies notes, for example, that it may be contextualized within Indigenous methodology and decolonial perspectives. "When I started my research,"; he states, "I didn't explicitly set out to do 'Indigenous research,' but then, neither did I set out to do 'anthropology.'"

Chapters 1 through 4 focus on the social and political aspects of the nation. The first chapter provides a critical overview of previous research by anthropologists and others on Tsimshian groups, with a short description of the importance of hereditary leadership and kinship groups and how these are connected to property, rights, territory, and the past.

Chapter 2 focuses on governance, which Menzies describes as "a system structured by social rank, connections to specific places through real people, and a profound historical sense that simultaneously looks to the past while asserting a living present and future."

The real leaders, according to Menzies, are the smgigyet -- the hereditary leaders. "[T]he council runs the reserve," according to a Git lax m'oon saying, "but the smgigyet have authority over the laxyuup [territories]."

Chapter 3 focuses on territory. Menzies, who describes how "a chief's wealth lies in his laxyuup [territory]," discusses territories in the distant past, how they have been impacted through colonialism, and how they play out in contemporary times. In Chapter 4, he focuses on oral history (known as adaawx), including discussion of how it is transmitted by demonstration and instruction, such as at feasts. He presents explicit examples of oral history research.

Chapters 5 through 8 focus on fisheries. In Chapter 5, Menzies discusses how being a marine people defines the core of being Gitxaala, and he offers a broad overview of the social and economic aspect of the fisheries.

Herring and herring roe, abalone, and salmon are the foci of chapters 6, 7, and 8 respectively, each of them describing the cultural importance and harvesting technologies of the resource, past and present. Menzies makes many points of interest in this discussion. He shows, through archaeology, that herring was as important as salmon in the past; that abalone was not only an important food resource but had, and has, other kinds of cultural significance; and that salmon productivity was effectively managed by Gitxaala.

The Conclusion is brief, mostly re-emphasizing the central theme of the book: the importance and inter-connectedness of governance, territory, and history. Menzies shows how this inter-connectedness has played out, and continues to play out, through the fisheries, and he provides a powerful reminder that:

"We are also a contemporary modern people. We use cash, drive cars, and go to school. We understand our connections to the wider global world and know that this has changed us. However, as long as the ocean persists, Git lax m'oon will remain the people of the saltwater. We shall stand facing our future mindful of the importance of the past."

People of the Saltwater may be viewed as a hybrid, or crossover book that straddles the boundary between scholarly and popular. It is a significant addition to the scholarship of, and by, Indigenous peoples in British Columbia.

I imagine that it will be widely read by anthropologists and incorporated into college and university courses. It is likely to find an appropriate home on the bookshelves of those interested in the impacts of colonialism, anthropological critique, and traditional ecological knowledge.

Finally, Menzies' engaging writing style makes the book suitable for a non-academic readership. Anyone with an interest in First Nations and/or fisheries in the province is unlikely to be disappointed.

Robert Muckle is the author of several books, including The First Nations of British Columbia, 3rd ed (UBC Press, 2014), The Indigenous Peoples of North America (UTP, 2012), Introducing Archaeology, 2nd ed (University of Toronto Press, 2014), and is co-author of Through the Lens of Anthropology (University of Toronto Press, 2016). He is author of a recent article, "Archaeology of an Early Twentieth-Century Nikkei Camp in the Seymour Valley" in BC Studies (Winter 2016-2017). He teaches anthropology at Capilano University in North Vancouver, and can be found on Twitter @bobmuckle.