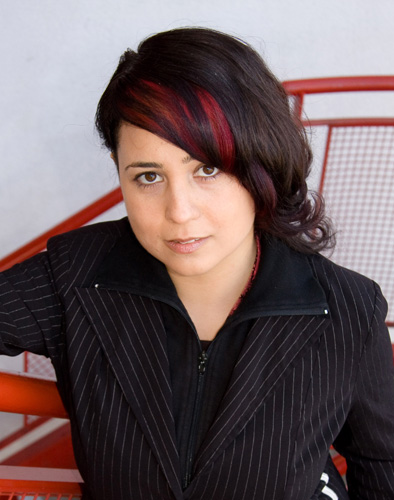 After working in Edmonton for Media-Masters and independent producers in Alberta, Minifie’s acceptance into Capilano College’s Aboriginal Film and Television Program (AFTP) prompted a move to Vancouver in 2001. She completed a two-year diploma specializing in Producing in the Advanced Motion Picture Program. Her graduating film, Two Lines, placed 2nd in the 2002 Cascadia Festival of Moving Images for best post-secondary dramatic short. Minifie moved back to her traditional territory on Kaien Island (Prince Rupert, BC) where she produced news for agencies that included CBC, NPR and Aboriginal Peoples Television Network’s Prime Time National News. She returned to Vancouver when she was accepted into the CFTPA/Telefilm’s Producer in Training Program, eventually starting her own company, Stories First Inc.

Starring Melina Laboucan Massimo (Cree) and produced and directed by Minifie, Geeka (Water’s Edge) is her narrative, modern Native dance film that explores one Native American dancer as she interacts with a future in which the most powerful rivers and pristine lakes run dry.