A grandson of Tahltan artists, Peter Morin was an independent curator, visual artist and writer working in Victoria B.C. before he became a professor at the Ontario College of Art and Design. He was born on September 8, 1977 in Telegraph Creek, British Columbia. He is from the Crow clan of the Tahltan Nation. Morin was assistant editor for Redwire Native Youth Media Society, working on Redwire and Red Directions magazine. As a visual and performance artist, Morin's work looks deeply into de-colonizing through relationship building and speaking one indigenous language. 4 poets (Mother Tongue Publishing, 2009) featuring work by Daniela Elza, Peter Morin, Al Rempel and Onjana Yawnghwe was the first book in a proposed series to highlight emerging poets. It includes poetry drafts, interviews, author photographs, poetics and short biographies as well as translations of select poems into French, Thai, Bulgarian and Tahltan. 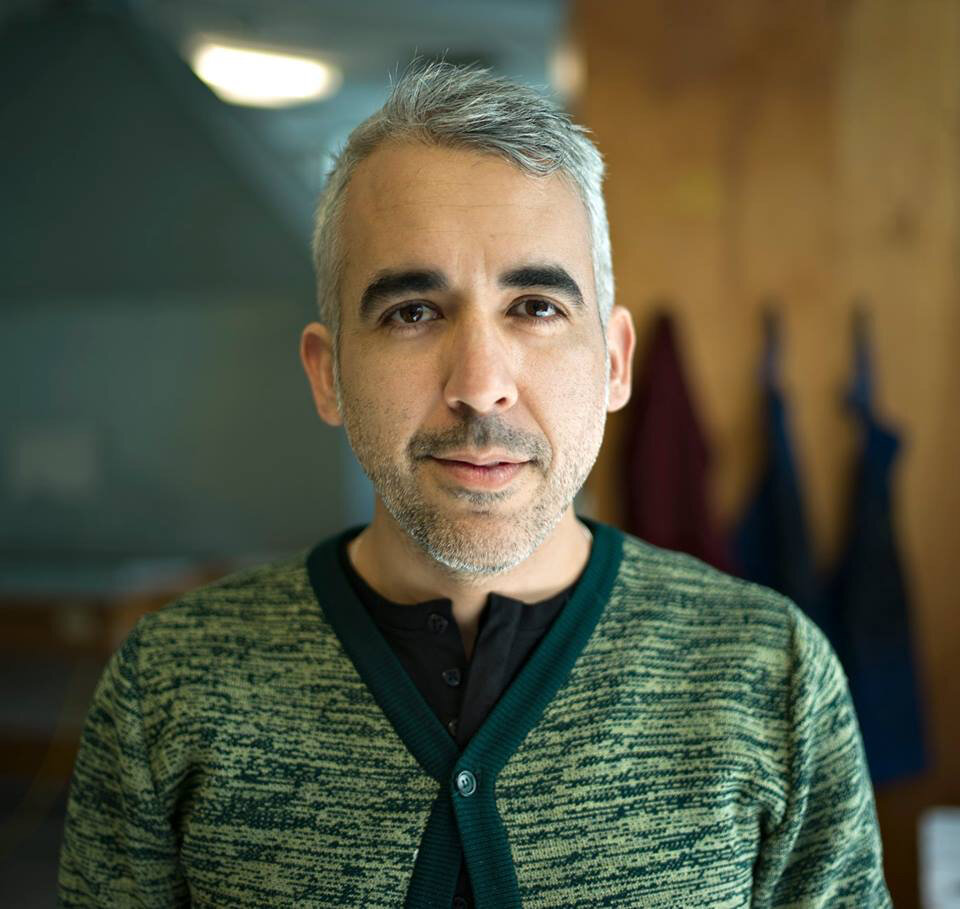 Review of the author's work by BC Studies:
Carrying on Irregardless: Humour In Contemporary Northwest Coast Art by Peter Morin, Martine Reid and Mike Robinson, editors


Reclaiming language, and the sacred white space between words, spoken and written. That seems to be the unifying thread that enlivens this remarkable collection of poetry by newcomers Daniela Elza, Peter Morin, Al Rempel, and Onjana Yawnghwe. These poets recognize the integral relationship between land and language, language and perception, perception and memory. Their work is a much-needed breath of fresh air in Canadian poetry.
When I first read Daniela Elza I wrote that her poetry "sprawls out like a laconic god over a cosmic couch."; Her poems free-form across the page in what at first strikes one oddly, like a cross between a concrete poem and one that actually has something to say. Being born in Bulgaria, growing up in Nigeria and educated in the US and Canada, it's natural Elza would want to remake language in her own images. "Words are such fascinating creatures-how they can mislead us and inspire us,"; writes Elza in an email discussion of poetics. "And it is here that I want the reader to be smart to the point where they are in control of the playing with the words rather than the words playing with them."; Elza needn't worry. She has a stunning skill for crisp renderings of fleeting moments powerfully imbued with spiritual resonance: "the way trees lean in / over / the flowing / as if trying to make it / into the frame / of your memory. / they want to stay. / keep calling to you."; (in the flicker of (time)
For Peter Morin, reclaiming language becomes quite literal. As a person of Tahltan First Nations lineage and a teacher, Morin is working to keep his nation's language alive. Although he uses mythological figures familiar to us from other West Coast First Nations-Crow as creator god in the poem Rock Crow tells a story about the 1000 crow darkness for example-he takes it a step further by incorporating Tahltan words into the English text. As the poet/shaman is well aware, naming is power. In A Map to the Exhibition he admits that his own knowledge of the language is fragmentary. Yet the act of writing poems is itself recovering lost ground. "Just know that wherever you are: / You are on your land / You are the names given by the land / Your footsteps are part of our spoken language."; (Rock Crow)
Like Peter Morin, Al Rempel uses the language of his people-or at least the rough-sleeved working stiffs of northern BC-when he captures fragments of slang like "chuck it down the hatch..."; (Go Down to the River) Rempel moves from the long, rippling lyricism of Some Lines for Prince George with its double thread to the blade-sharp lines of A Day on Bednesti Lake, although at times the editing on the poem is so tight one thirsts for a few more words to thin the fog. Yet his lyricism reaches heights that crackle with originality and echo in the brain: "The crows pecked and pulled a song of thread that ran clear through to spring."; (Fretting Winter) His Go Down to the River is a lyrical tour de force, subtly yet forcefully picturing an ecosystem in serious trouble and at the same time as clear an image of the northern riverine landscape as I've ever read in just 14 lines. Rempel proves that it's the poet, not the environmentalist, who makes us ache to preserve the natural beauty of the world.
As Elza, Morin, and Rempel's poems make clear, land and language are intimately connected and shape our consciousness. For Onjana Yawnghwe, this includes the constant awareness of being an immigrant Canadian, and of her Thai and Burmese roots. This she does gracefully with the moving earth sequence, whose core is the earth the poet works in her garden. This naturally threads into family memories of the deep sense of place they experienced in Thailand. What Yawnghwe discovers is what we all discover when we get our hands into the soil or walk deep into the forest: we are more alive than we know. "Earth remembers hands that touch it / that stroke its curves and curl against its body, / that caress its fine hair of roots and petal-lips...."; (moving earth 8)
4 Poets is another fine quill in Mother Tongue Publishing's cap as it transitions from being a limited editions press producing artful collectibles to a trade publisher. The format-a decent number of poems from each poet, plus one poem in draft stages, plus interview, plus poetics, plus biography-ensures an in-depth picture of the work presented. And the draft poems highlight again the way the language in a poem evolves over time, just as language does in a culture. Best of all, this is not the language of some remote elite but what poetry is meant to be-a universal language.
Sean Arthur Joyce