Tina Ngaroimata Fraser, a Maori scholar from Aotearoa (New Zealand), teaches at the University of Northern British Columbia where she became the first female and Indigenous Chair for the School of Education, as an Adjunct Professor in the School of Nursing and Adjunct into the Department of First Nations Studies. Her tribal affiliations are Ngāti Haka/Patuheuheu, Ngāti Koura, and Ngāti Pani from the Tūhoe Nation. The other affiliation is Ngāti Ranginui.  As an assistant professor in the School of Education at the University of Northern British Columbia, she became the co-editor of Living Indigenous Leadership: Native Narratives on Building Strong Communities (UBC Press, 2012), co-edited with Carolyn Kenny. $95.00 978-0-7748-2346-3 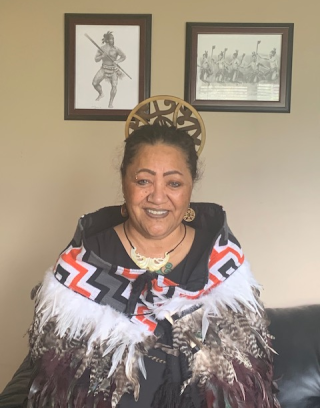