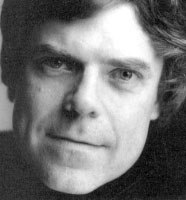 
John Oliphant of Vancouver wrote the definitive biography of the Edward Arthur Wilson, the English sea captain and occultist who became the Brother, XII ("Brother Twelve") when he established the Aquarian Foundation on Vancouver Island in 1927 at Cedar-by-the-Sea, south of Nanaimo, with adjunct settlements on DeCourcey and Valdes Islands. Growing up in B.C., Oliphant first heard about the Brother, XII while sailing in the Gulf Islands. He spent ten years researching his book, Brother Twelve: The Incredible Story of Canada's False Prophet (M&S 1991). Colin Wilson provided the foreword. "It is John Oliphant's triumph," wrote reviewer David Watmough, "to maintain a sense of balance over this complex character while at the same time plotting a riveting narrative which is so powerfully rooted both in its historic Depression-era period and its romantic West Coast setting." John Oliphant regained the rights to his book and republished it under his own imprint, with 40 more illustrations and some revisions, in 2006.

The Nanaimo Museum continues to promote the Brother XII with walking tours, special exhibits and talks. Meanwhile the mystical manipulator of lost souls--who established the Aquarian Foundation on Vancouver Island in 1927 at Cedar-by-the-Sea, south of Nanaimo, with adjunct settlements on DeCourcey and Valdes Islands-will soon be introduced to two million viewers on the Travel Channel thanks to an upcoming episode about him for the program Expedition Unknown. The show's head honcho Josh Gates visited DeCourcy with the Brother XII's foremost biographer John Oliphant, whose book will be featured on the program. Oliphant's fascination with Edward Arthur Wilson, the English sea captain and occultist who notoriously became the Brother, XII ("Brother Twelve") has been ongoing since long before he released his definitive biography in 1991. It was re-released as Brother XII: The Strange Odyssey of a 20th Century Prophet and His Quest for a New World (Twelfth House Press, 2006.) 0-7710-4848-4


British Columbia is scattered with collective ghosts, the memories of groups of people who lave come together to fulfill some political or dubiously spiritual aim and have tragically failed. There was the great Christian Community of Universal Brotherhood in which 6,000 Doukhobors lived for decades in the Kootenays until a combination of bad leadership and the Depression defeated them. There was also the more secular community of Finnish socialists called Sointula (meaning 'Harmony') on Malcolm Island and through which at least two thousand people passed before it finally sank into bankruptcy, mainly through the inability of intellectuals to take advantage of the boundless natural resources. And there were many smaller groups, particularly of religious cultists. I remember being shown, when I first reached Sooke on Vancouver Island in 1949, an area of tangled alder wood within which a few tumbling wooden buildings were still visible, and being told the tale of how solid Ohio farmers had sold their buildings and everything else to follow some Pled Piper with a message, who in the end absconded with what was left of the funds and left them bare to the winds of the Depression years. I also heard of the notorious Brother Twelve whose activities at Cedar-on-Sea and on the Gulf Islands of Valdes and de Courcy had provided sensational copy for the transcontinental press and sensational scenes in the Nanaimo courtroom of Magistrate Beevor-Potts (who made up with military sternness for the humanity displayed a little farther north by Magistrate HaigBrown at Campbell River). Vancouver Island's Brother Twelve legend has been picked up by writers such as Jack Hodgins, whose fanciful depiction of Brother Twelve appears in the novel The Invention of the World.

JOHN OLIPHANT'S BROTHER TWELVE: the Incredible Story of Canada's False Prophet (M&S $29.95) is an ambitious book which arouses the collective ghost of a company of credulous and unfortunate people who were defrauded and maltreated in the name of higher things. At the heart of it is a malign core, shining as darkly as a poison-filled Borgia jewel. That core, that unassailably armoured individuality, was Edward Arthur Wilson. Wilson was an expert mariner turned into a navigator of souls, and claiming to act, under his cult name of Brother Twelve, as emissary of the Hidden Master of the White Lodge, whose figures, created in the Theosophical imagination, were said to have been consulted long ago by the famous occultist Madame Blavatsky. Brother Twelve purported to have the wisdom that can save humanity. Wilson, a middle-class English North Countryman, had in fact spent a great deal of his early manhood in British Columbia, working as a jack-of-all-trades sometimes stablehand, sometimes express company agent, sometimes bookkeeper and this may have been why he picked the southern part of the province as the centre for what he would regard as his life's work. In later years Wilson was not eager to admit his B.C. connections when he was establishing himself in England as a knowledgeable occultist, knotting together contacts in astrological circles and among those who felt the need for the instructions of Hidden Masters and their like to compensate for their own spiritual and intellectual insecurity.

BY 1927 BROTHER TWELVE WAS READY TO establish his Aquarian Foundation, dedicated to the occult work of creating a new world order and developing a new type of humanity fit to carry out the tasks ordained by the Masters. At its height, the Foundation claimed to have about 2,000 members, selected largely for the money they could devote to the Foundation coffers. Later in 1927 Brother Twelve and some English disciples set off for British Columbia which the Masters had decreed must be the physical centre of the Work. Land at Cedar-on-Sea was selected and bought with borrowed money. New members began to arrive from California, where Brother Twelve always had his strongest support among the occultists and the astrological fraternity. By no means were all Brother Twelve followers the kind of weak, dependent people who often enter communities of this kind. They included capable business men, tough-minded lawyers, and somewhat ruthless adventurers attracted by the charisma of the slim bearded Englishman who showed an almost naval efficiency in the way he built up his little occult papacy on Vancouver Island. Some of them went to great sacrifice and changed their lives completely, like the North Carolinian heiress Mary Connally, who gave large sums to Brother Twelve to spend as he saw fit, and who came to live in the colony and endured atrocious treatment when it seemed her funds were running out. It became a true Potemkin Village, a facade of noble ideals and high hopes, with behind it the greed and sadism of the leaders (for Brother Twelve was later joined by a sinister woman who called herself Madame Zed). The followers were overworked and starved as they were "tested" for spiritual worthiness.

The Aquarian experiment spread to Valdes and the de Courcy Islands, as Brother Twelve resolutely turned every penny he could scrape together into gold coins which he sealed into Mason jars with paraffin wax and squirreled away on his islands. Brother Twelve's sexual extravagances complicated the situation. One unfortunate woman was talked of as the Isis to Wilson's Osiris, but her successive miscarriages as she tried valiantly to reincarnate the god Horus led to mental breakdown and virtual expulsion. All this troubled the followers as well as the authorities (Premier Tolmie debated in cabinet what might be done with this embarrassing community) and in the end the discontented hired a lawyer. They did so with fear and trepidation because most believed Brother Twelve was capable of black magic. Eventually they won a judgement that returned most of their money. It was a Pyrrhic victory; Brother Twelve vandalized the buildings and fled in his tugboat, presumably with his pots of gold. He reached Europe and his death was registered in Switzerland in 1934., But was it, like so much in his life, faked? There is interesting evidence that Brother Twelve may have lived on, his death falsely certified by a, friendly (or blackmailed) physician.

JOHN OLIPHANT HAS RESEARCHED WELL AND deeply, probably turning up all the documentation that is available on Brother Twelve, though we are still faced with the central enigma of Edward Arthur Wilson. In his own occult field he was clearly adept, and he wrote a persuasive prose to go with his charismatic personality. He had the kind of shipshape organizing mind one might expect of an old navigator. But how far was he a fraud and how far was he a sincere maniac? Even followers Brother Twelve most mistrusted sometimes talked of him with affection. Oliphant, to his credit, offers us the situation; he does not set out to explain it, to pass judgements. This open nature of the book is its great virtue. Oliphant is neither a latter-day apologist nor a scoffer; he treats even the apparently irrational fears of the followers with respect. And he makes plausible two extraordinary characters, right out of melodrama, in Brother Twelve and Madame Zed. It strikes me that in these pages there will be material for a good deal of local fiction. We are all tempted by the enigmatic, by that voice whispering from another text about human evil, "There are more things in heaven and earth, Horatio / Than are dreamt of in your philosophy." 0-7710-68484--by George Woodcock

George Woodcock will mark his 80th birthday next year with the publication of four more books, including The Night We Went to Paradise: Undermining the Myth of History (D&M).