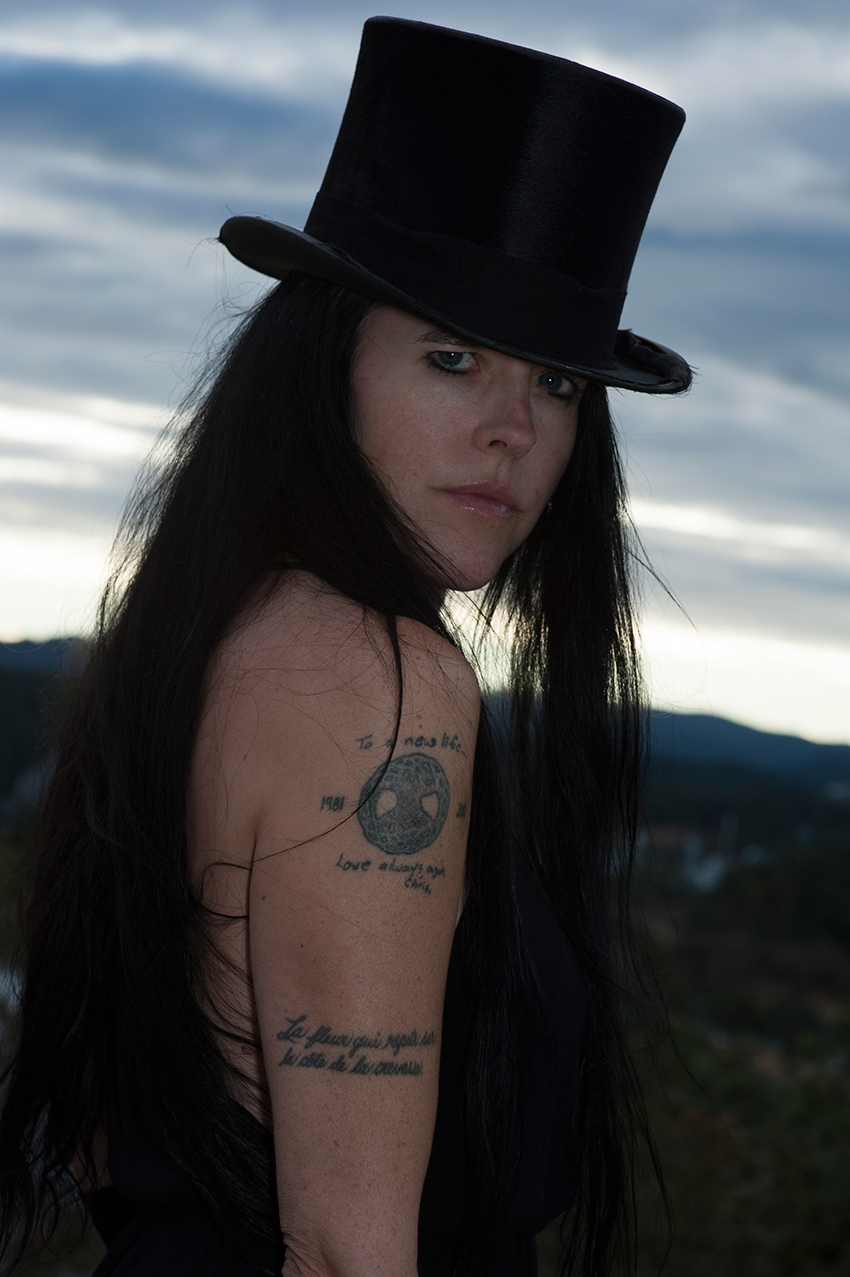 
With an MA in English, Catherine Owen of New Westminster, born and raised in Vancouver, worked on the History of the Book in Canada project while preparing two poetry titles, Shall: ghazals (Wolsak & Wynn, 2006) and Cusp/detritus (Anvil Press, 2006). Her first collection Somatic: The Life and Work of Egon Schiele (Exile Editions, 1998) was nominated for the Gerald Lampert Award. The Wrecks of Eden (Wolsak & Wynn, 2002) was shortlisted for the Dorothy Livesay BC Book Prize. Frenzy (Anvil 2009) won the Stephan G. Stephansson Award for Poetry.

Women have muses, too. In Cusp/detritus, Catherine Owen recounts how she met hers--a drug-addicted artist and schizophrenic named Frank Bonneville who committed suicide at age 28, having ended up in the Montreal General Mental Hospital. Owen's six-year obsession to eulogize Frank, and also to recover from him, having spent a week with him in the mental hospital, has resulted in a suite of poetry and narrative accompanied by Karen Moe's back-alley photos of decay and discarded furnishings.

In 2005, Owen wrote, "Politically, I hope Cusp honours the rejected, renders them visible, humanizing homelessness, addiction, schizophrenia. Poetically, as always, I need to know I'm revivifying language, bleeding new rhythms, metaphors in the world. And, in the process, I want the book to serve as a tribute, apology, epitaph for the Muse I lost along the way."

As a singer and bassist for a "blackmetal" band called Inhuman, Owen fell irrevocably under the spell of Bonneville. A bass player for the "death metal" band called, ironically enough, Eulogy, Bonneville also worked with singer-songwriter Biffy Perdu. With a photography diploma from Dawson College and interests in screenwriting, tai-chi and capoeira, Bonneville also played and sang for his own CD label called Pretty Girl Music. In a journal entry, Owen describes their first meeting back in Vancouver's Commercial Drive neighborhood in 2000.

"As soon as I threw open the door at Corazon, the after-hours salon Karen's been running out of her 1st Ave. apartment, and dashed his eyes against me like the blind, I realized that all I had experienced until now of obsession and occult attachment was a pale rumble to a full-bore storm. With zombie devotion, I left when he left, not with him, but behind him, as an unwanted Euridice, floating into his hell."

Owen's description in her "blood book" of making overly-hurried love with her muse in a third-person narrative poem called 'A Remedial Post-Mortem' is graphic and chilling, culminating in the observation: "The time of his death, she then realized, had long since preceded her."

Catherine Owen's Seeing Lessons (Wolsak & Wynn $17) is about the pioneer B.C. photographer Matti Gunterman and her photos from 1899-1945. "I was reading The History of Women's Photography,"; says Owen, "and came across a sentence on Mattie Gunterman that read: 'In 1927, Mattie's entire body of work was destroyed by fire.' This aporia intrigued me and I set out to discover if this was indeed true. Through research, I found out that in fact, copies of most of her photos had been preserved through her son whose stash had been preserved before the flooding of the High Arrow Dam in 1965 in Beaton. I became interested in lyrically evoking the life of this fierce traveler and visionary of the land and the nascent self portrait. Eventually, I got to meet her great grandson Henry Gunterman Jr and he took me on a tour of the Beaton region, showing me original documents and prints that chronicle his great grandmother's determined existence." Seeing Lessons features 12 pages of Gunterman's photographs.

According to publicity materials: In Catalysts (2012), "she examines with her characteristic fearlessness what drives her to write and the influences that shape her writing. From her childhood memories in suburban Vancouver to her willingness to risk all for a glimpse of her muse, these essays allow readers unparalleled insight into her creative life."

Metalhead bard and bassist Catherine Owen combines her allegiance to the heavy metal scene with poems about the imagined lives of two twelfth century troubadours (poet/musicians) of Occitania (now annexed to France) for Trobairitz (Anvil $18). The cansos of the Arabic singer Senhal Fohlia are matched by the racey lyrics of La Comtessa da Dia, the best-known female singer of that era--revealing why Roman Catholic authorities resented the free-thinking singers who scoffed at conventional marriage. A female troubadour was called a trobairitz. 978-1-897535-97-4

Catherine Owen's The Day of the Dead: Sliver Fictions, Short Stories & an Homage (Caitlin 2016) is described as a series of collisions between genders in the realms of sexuality, relationships, art and grief in three sections: Men & Women, Muses and The Dead. We are told to expect interactions between boys, girls, ghosts, men, women and all sorts of bystander animals. LGBTQ? 978-1-987915-20-4 $20

Owen is a bass player in the metal band Medea and blogs at Marrow Reviews.