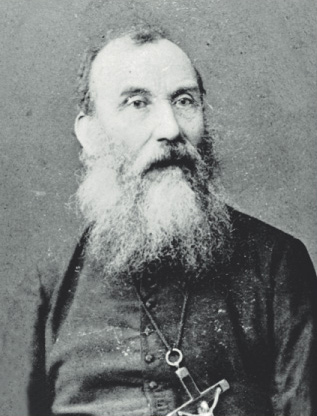 
In 1859-1860, Father Pandosy, an Oblate priest, established his chapel and farm as the first white settlement in the Okanagan Valley. With Father Louis Joseph D'herbomez, he had previously founded Saint John Mission on Ahtanum Creek in the Yakima Valley on April 3, 1852. It was burned down during the Yakima Indian War of 1855.

Articles: 1 Article for this author
Father Pandosy: Pioneer of Faith in the Northwest
Article (2013)


Father Pandosy: Pioneer of Faith in the Northwest (Midtown Press/Sandhill $19.95)

Anyone who has lived in the okanagan valley recognizes the name Pandosy; others will not. But the Oblate priest Jean-Charles Pandosy ought to be better known. In 1859-1860, Pandosy established his chapel and farm as the first white settlement in the Okanagan Valley. His Okanagan Mission evolved into the city of Kelowna. Trained in Marseilles, he worked with indigenous societies as far south as Walla Walla and as far north as Prince George, and also lived in Victoria, Hope and Kamloops. Louis Anctil, a publisher's sales rep in B.C. since 1987, has opted to publish the first English translation of a French biography of Pandosy by Edmond Rivère, Father Pandosy: Pioneer of Faith in the Northwest, translated by Dr. Lorin Card. 978-0-9881101-0-6