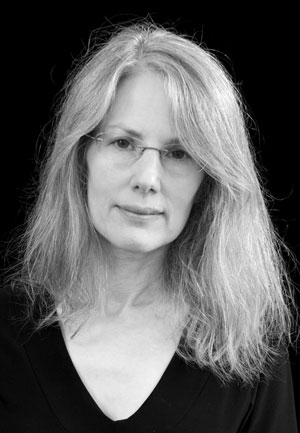 
Kathryn Para is an award-winning multi-genre writer. Her fiction, non-fiction and poetry have been published in Grain, Room, Geist, Sunstream and the Vancouver Review. She is the 2013 winner of Mother Tongue Publishing's Search for the Great BC Novel Contest. Lucky is her first novel.


It's November 2004, in Fallujah. Iraqi resistance fighters, who have managed to take the beleaguered city back from the American troops after a tenuous occupation, are once again forced to defend it from another American offensive.

The city is in ruins, with 60% of the buildings destroyed and a decimated population. It's a humanitarian disaster. Inside the destroyed city is a notorious Al-Qaeda terrorist whom war photojournalist, Anika Lund, is dying to meet. It may come to that.

The possible risks include not only the loss of her own life, but potentially even the lives of her ex-lover, Alex, and her best friend, Viva. Is she stupid or suicidal, courageous or crazy?

It's June 2006 in West Vancouver. Anika seems to be clinging to her sanity, living off the advances she received from a publisher anxious to show the gritty war zone images to the world that the photo-journalist took during her time inside Fallujah. She's at a party held by a friend, Claire, who was instrumental in getting her the publishing contract and in an effort to have it successfully fulfilled, has supplied her friend with a psychiatrist and a lover. The wealthy, superficial Claire, however, is an unlikely friend and given Anika's contempt for her, lacks credibility.

Will this book ever come to fruition? It's already long overdue and the photographer has not even been able to look at her photos. They're wedged in her head, holograms haunting her day and night. Sometimes alcohol will make them vanish for a few hours, or good sex, ideally both.

This first novel from Sunshine Coast writer, Kathryn Para, has the ingredients of a page-turner, combining a suspenseful plot with a fully fleshed character and some good old-fashioned love.

In these times, writing about Middle Eastern conflicts and terrorism is challenging. We're tired and shell-shocked and inclined to shout, 'enough already!' Kathryn Para, however, avoids the traps and veers away from stereotypes and clichés.

We want to know what actually happened to Anika in Fallujah. Will her newest lover, Middle East journalist, Levi Slater, be able to rescue her from her nightmares, or will he leave her to pursue another story like her last lover did?

Why is she drawn to such unreliable men, such dangerous places and such an insecure career? Some of the answers lie in her childhood: her parents' tragic accident and her brother's early death. Others you have to fill in for yourself.

Para has carefully aligned her fiction with fact. It was on November 7, 2004 that a combined force of approximately 2,000 U.S. and 600 Iraqi troops once again pummeled Fallujah with air strikes and infantry. When Anika teeters toward the Americans and the bullet possibly heading for her chest, who is at the other end of that weapon?

The author, who has never been to Iraq, was motivated to write Lucky several years earlier, when she met and became friends with a couple, he from Syria and she from Lebanon.

"It sparked my interest in the Middle East beyond the headlines,"; says Para. "Then I saw a CBC documentary on war journalism featuring some very strong women journalists who spoke eloquently about their work and its effects on their lives. I felt I had my story and could incorporate the real events with a fictional story about an ambitious female journalist.";

Equally ambitious is writing about a time you didn't live through, events you didn't experience, and a place you've never been to, but research can do wonders.

Winner of the 2nd Search for the Great BC Novel Contest sponsored by Mother Tongue Publishing, Lucky asks a lot of questions and answers none. One of them is, "Who exactly is lucky in this novel?"; It certainly isn't Anika. Although love may well help her climb out of her lonely burrow, one feels that even if she does regain her equilibrium, she will only feel totally alive when she returns to the conflict zones.

The reader is left with the feeling that as news consumers we are somehow to blame, safely away from the war zones we read about, the conflicts that journalists have risked their lives to document. Some of that feeling is probably intentional:

"The idea of news as entertainment, and the moral issues that generates, interests me,"; says Para. "News is a packaged consumer good with a need for content and a hungry internet. My particular interest was, at what cost? Who is the person who aims the camera at dying men and women, because the dying is riveting for the audience?

"The expression is if it bleeds, it leads, and I wanted to know that person and how they survived the experience. From my research I knew that for most of the photographers who wrote about their experiences, the physical and emotional cost was high.";

But is the fragile Anika we meet in Vancouver a product of her profession, or is her profession the inevitable choice of a woman already struggling in life? She's a complicated character and therein lies much of the book's appeal. 978-1-896949-31-4