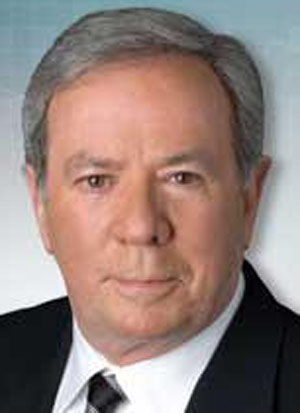 
Half-Italian and originally named Parsonage, BCTV anchorman Tony Parsons, set to retire in 2010, grew up in smalltown Ontario where his alcoholic father left his mother to raise her six children. Married three times with no children, Parson is an obsessive golfer who has himself battled the bottle. He is devoted to his canine pal, Jack, a Maltese cross who sleeps at his feet during newscasts. His memoir, published at age 70, is A Life in the News (Harbour $32.95). 978-1-55017-461-8