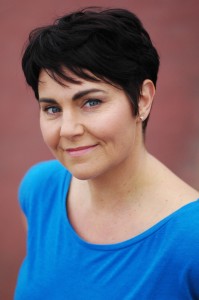 
Also a massage therapist and teacher, Ottawa Valley-raised Julie Paul, from Lanark, moved to Victoria and published her first collection of fiction, The Jealousy Bone, in 2008. Her second collection of twelve unsettling stories, The Pull of the Moon (Brindle & Glass 2014), received the twelfth $5,000 City of Victoria Butler Prize, presented by City of Victoria acting mayor Chris Coleman and sponsor Brian Butler. "I'm so grateful, I'm pinching myself," she said. As her characters struggle for belonging, connection, love and forgiveness, Paul examines the world with a poet's eyes focussing on relationships between lovers, families, friends, and the cost of secrets kept and then revealed. The title was selected as a Top 100 Book of 2014 by the Globe & Mail.

Paul's stories, poems and essays have been accepted for publication in numerous journals, including The Danforth Review, Little Fiction, The New Quarterly, The Malahat Review, Event, The Fiddlehead, The Dalhousie Review, PRISM International, Qwerty, Geist, Vallum, existere, The Rusty Toque, Boulevard, Canadian Living, and in the anthologies Coming Attractions 07 and Women Behaving Badly.

Her first poetry collection is The Rules of the Kingdom (McGill-Queens 2017) as part of the Hugh MacLennan Poetry Series.

Articles: 1 Article for this author
Recognition to 2017


2016 Essay "It Not Only Rises, it Shines,"; won the Edna Staebler Personal Essay contest.
2016 Story, "The Expansion,"; won the Rusty Toque Chapbook competition and is forthcoming in 2017.
2015 The Pull of the Moon won a Bronze Ippy Award and the Victoria Book Prize.
2014 The story "Damage,"; published in Little Fiction, and in The Pull of the Moon, has been nominated for a Pushcart Prize.
2014 The Pull of the Moon was named as one of The Globe and Mail's Top 100 Books of 2014.
Stories from The Pull of the Moon used in Camosun College Writing course curriculum. The Jealousy Bone has been used as part of Carleton University English course curriculum
2008 Shortlisted for The Rona Murray Award, CACGV.
2006 Writers' Union Postcard Story competition, finalist.
2005 Shortlisted for CBC Literary Competition, Short Fiction category. ("Feeding on Demand,"; since published in my first book, The Jealousy Bone)
2005 Federation of BC Writers Literary Writes Competition (Fiction), third prize.
2004 Writer's Union Short fiction competition, finalist.
2004 Rona Murray Competition, second place, short fiction, CACGV.
Monday Magazine's 2003 Fiction contest, first place.