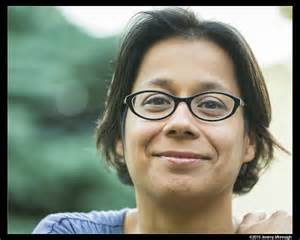 
Soraya Peerbaye of Toronto has written a suite of poems, Tell: poems for a girlhood (Coach House 2015) that evoke the tragedy of the death of Victoria teenager Reena Virk, a girl of South Asian descent who was attacked by a gang of teens on November 14th, 1997 in Saanich.

Seven of the attackers were girls; five were white. Virk tried to walk home after the beating but after crossing a bridge, she was attacked again. Her body was found in the waterway a day later.

Curiously in Peerbaye's acknowledgement of other books on the same subject, she makes no mention of one of the first to tackle the story, Rebecca Godfrey's award-winning account of the horrific incident, Under the Bridge: The True Story of the Murder of Reena Virk (HarperCollins 2005).

Godfrey's non-fiction investigation of the various characters involved in the story recieved the second annual $25,000 British Columbia Award for Canadian Non-Fiction in 2006, among the largest non-fiction prizes in Canada, and the only national prize to originate in British Columbia.

Other books that are pertinent to discussions about the killing of Reena Virk include:

1. Sex, Power and The Violent School Girl (Trifolium Books, 1998) by Sibylle Artz, a Director and Associate Professor for the School of Child and Youth Care at the University of Victoria.

3. Girl Trouble: Female Delinquency in English Canada (Between the Lines, $24.95, 2002), by Joan Sangster, a study of girls' conflicts with the law that begins with the 1908 passage of the Juvenile Delinquency Act.

Sangster explores how class, gender and racial biases are relevent to the application of juvenile justice. "After the murder by schoolmates of fourteen-year-old Reena Virk in Victoria, B.C.," she writes, "in November 1997, the media coverage of the case was obsessed with the issue of 'girl on girl' violence but ignored that racism played an important part in the killing."

4. The Shape of a Girl (Talonbooks 2002) by Joan MacLeod, a prominent Victoria-based playwright.

Reena Virk's soft-spoken father is an immigrant from the Punjab who relates the inside story of his family before and after his 14-year-old daughter was swarmed and beaten, resulting in her well-publicized death.