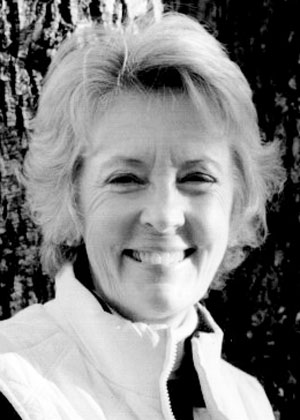 
A. S. [Anthea] Penne of Sechelt writes fiction and creative nonfiction. She received her MFA from UBC's Creative Writing Dept in 1995 and has attended various workshops, notably Banff Center for the Arts and the Iowa Writers Workshop. Old Stones: The Biography of a Family is the story of her search for family roots. She teaches English literature and literature in translation and she previously has facilitated Youth Writes, a creative writing workshop for the Festival of Written Arts in Sechelt, B.C. The quest for self-understanding in various characters percolates through the short stories in Penne's first fiction collection, Reckoning (Turnstone 2008), her follow-up to her search for family roots in Old Stones: The Biography of a Family (2003).

A.S. Penne's play Coming Back had its premiere at the Gibsons Heritage Playhouse in November, 2015. It's about the effects of war on three generations of family. While speaking with several mothers in 2005, Penne heard their fears about sons being deployed overseas to Afghanistan. These discussions brought back memories of living with her father, a WW II veteran who brought the war home with him. Coming Back addresses the effects of damage done to the families of veterans; those wives, husbands and children who have to find their own way through the battles re-enacted at home.

She interviewed her parents to understand how her mother's upper class English upbringing had meshed with her father's working class Canadian roots. The result is Old Stones: The Biography of a Family (Touchwood $19.95).

Eric and Elizabeth Brown, Penne's star-crossed parents, honeymooned for four short nights in Cornwall in January of 1944. As a Canadian airman, her father was transferred to Yorkshire when her mother was pregnant. After the war, they came to Vancouver, raised a family and separated by choice when they were 50 and 51 years old.

"Something happened while sitting with each of my parents individually, listening and watching as they answered sometimes very personal questions,"; says Penne. "Their difficulty in responding and the hardness of some of their memories helped me to understand how closely connected I am to their stories...Now I feel grounded.";

Nearly 50,000 women immigrated to Canada from Britain and Europe after the Second World War. The dual heritage bestowed on the children of their marriages made home a difficult place to define.

"As the child of one of these war brides,"; says Penne, "I was constantly aware my mother's background differentiated me from the other kids. From a very young age I wondered whether I wasn't more English than Canadian and whether an exorcism of one background or the other might free me to claim one single nation as home.";