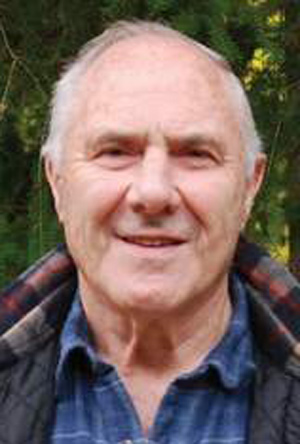 Named after its owner's yacht, the MV Malibu, the original Malibu Club opened in July of 1941 and attracted guests that included John Wayne, Senator John F. Kennedy, Barbara Stanwyck, Bing Crosby and Bob Hope from 1945 to 1950. It closed in the wake of a polio death and subsequent quarantine in 1948. Jim Rayburn, founder of the Christian associaton, Young Life, bought the site for $300,000 in 1953, well below the $1 million asking price.

Jervis Inlet is the deepest in BC and is comprised of four stately-named segments: Prince of Wales Reach, Queens Reach, Princess Royal Reach and Princess Louisa Inlet.

In The Royal Fjord: Memories of Jervis Inlet (Harbour, 2015), Ray Phillips recalls the varied history of the area, and his own childhood memories - he grew up there as a descendent of Jervis Inlet pioneers. Near-deserted now, the "Royal Fjord"; once housed a number of Sechelt Nation villages and was later the location of many pioneering homesteads, fishing camps and logging camps.

Hollywood royalty took holidays in Princess Louisa Inlet in the 1940s (in what is now the Young Life summer camp). Among the visitors was the author of the Perry Mason stories, Earle Stanley Gardner, who wrote in his 'Log of a Landlubber,' "There is no scenery in the world that can beat it. Not that I've seen the rest of the world. I don't need to. I've seen Princess Louisa Inlet."; Howard White has written extensively about the glory days of Princess Louisa Inlet in The Sunshine Coast: From Gibsons to Powell River (1996, 2011) and there is an excellent excerpt in Raincoast Chronicles 23 that focusses on the inlet's "chief ambassador," James 'Mac' MacDonald.

Ray Phillips has included historic photographs and personal accounts from some of Jervis Inlet's early inhabitants in his book, recalling what life used to be like in this majestic fjord.

After his 1791-95 surveying search for a Northwest Passage, Captain George Vancouver named the 77 kilometre-long (48 miles) Jervis Inlet after his friend, Rear Admiral Sir John Jervis (Earl of St. Vincent), who won a battle against the Spanish fleet in 1797 off the shores of Portugal.

Ray Phillips grew up in Jervis Inlet but his mother was a member of the pioneering Klein family on the Sunshine Coast. Their homesteading gave rise to Kleindale. His first book, The Little Green Valley: The Kleindale Story (Harbour Publishing, 2011), received the 2012 BC Genealogical Society Family Book History Award. Honourable Mentions went to Whoever Gives Us Bread: the Story of the Italians in British Columbia by Lynne Bowen, and Texada Tapestry a History by Heather Harbord. The presentations were made at the June 13, 2012 meeting of the British Columbia Genealogical Society, at Edmonds Community Centre in Burnaby.

Phillips previously worked as a fisherman, logger and school boat operator. He now lives in Pender Harbour, BC.