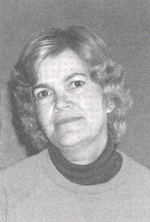 
Born in Kamloops in 1942, Karen Piffko grew up on a ranch near Kamloops and in Williams Lake. After stints in Toronto and Kenora, she returned to B.C. in 1972. She settled at Big Lake in 1976 and contributed to the Williams Lake Tribune prior to writing her appreciative biography The Life and Times of Texas Fosbery: The Cariboo and Beyond (Heritage House, 2000). As young hobos during the Depression, Fosbery and his brother Tony graduated to rough 'n' tumble lives in the Cariboo. Tex Fosbery became widely known as a heavy equipment operator and airplane pilot, working in and around Kitimat, Kemano, the Nass Valley, the Yukon, Hell's Gate and the Queen Charlotte Islands. He also worked as a cowboy and gold miner.