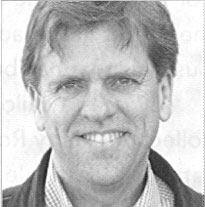 
Having had a runaway bestseller with The Ice Storm in 1998, Toronto editor/publisher Doug Gibson commissioned Kelowna Daily Courier reporters Don Plant and Ross Freake to produce a hardcover keepsake of this summer's forest fires in B.C., Firestorm: The Summer B.C. Burned (M&S). At the time Don Plant was on staff at The Daily Courier and had covered the Okanagan Mountain fire. His wife and two children were evacuated from their home during the crisis on August 22, 2003. The book sold so well the duo of Plant and Freake produced a follow-up entitled Stories from the Firestorm (M&S, 2004).


50,000 people evacuated. 334 homes destroyed. 5,700 firefighters working alongside 2,000 soldiers. 3 men killed. More private B.C. property lost than ever before. With 160 colour photographs and a foreword by Premier Gordon Campbell, Firestorm: The Summer B.C. Burned (M&S $39.99) mostly allows pictures to tell the story of the unprecedented devastation wrought by last summer's fires in the B.C. interior-but there are some odd details. Returnees were instructed by health officials to discard their taped-shut fridges rather than re-open them, for fear of spreading molds. Whereas media coverage of the fires was Kelowna-centric, concentrating on folks who were losing swimming pools, this book has a section for Kamloops and another for other fronts. It's compiled and edited by freelancer Ross Freake and Kelowna reporter Don Plant. 0-7710-4772-X