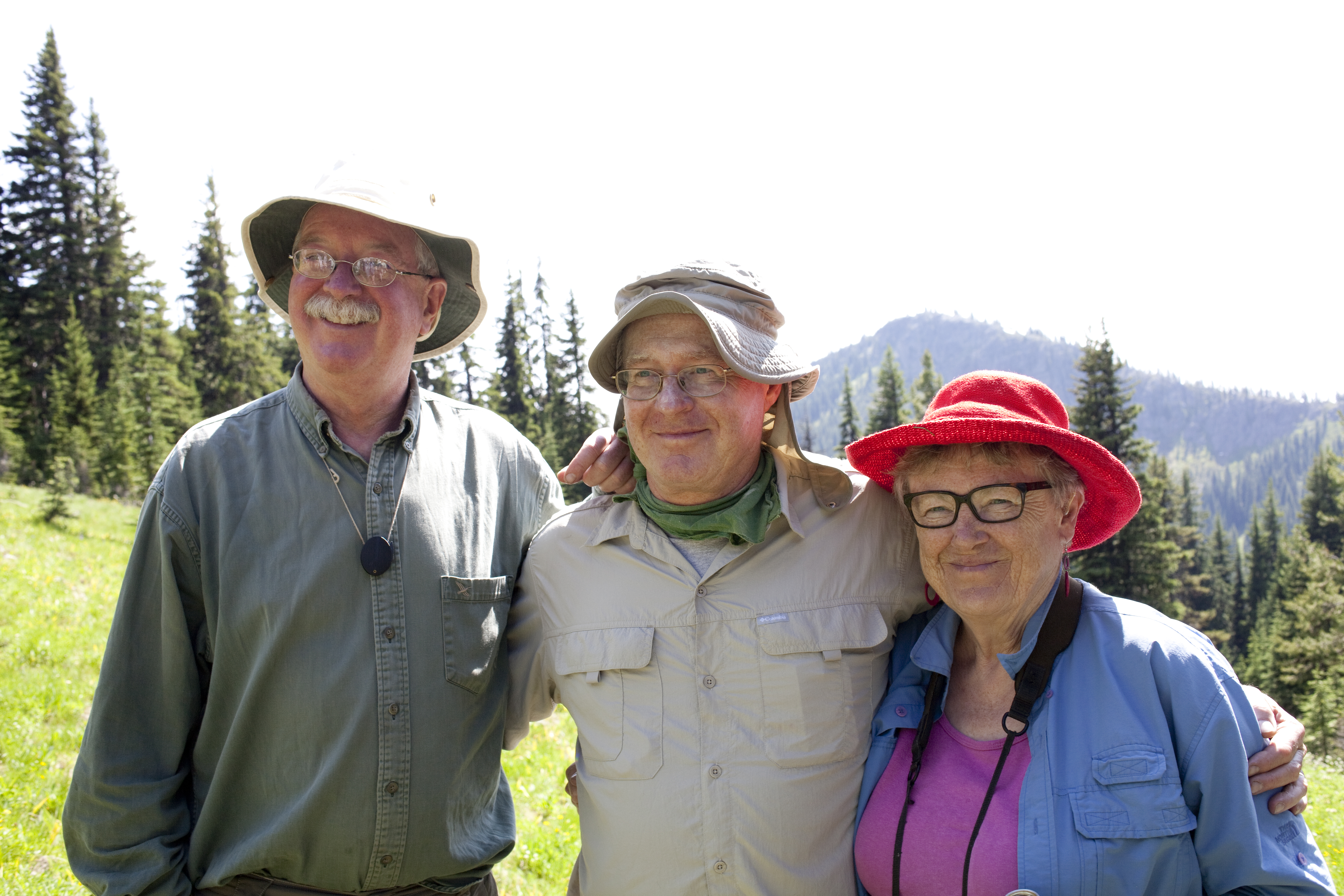 
Botanist Jim Pojar (UBC PhD, 1974) was on his way from the prairies of Minnesota to UBC to start his Ph.D when he discovered the subalpine and alpine meadows of Glacier Park in Montana. His supervisor in the Botany Department at UBC, Dr. Kay Beamish, was also an alpine flower lover, and she recommended Manning Park's spectacular alpine meadows as one of his study sites. Almost 40 years later, he realized a long-held dream of publishing a book exclusively about Alpine plants.

Jim Pojar worked for the BC Ecological Reserves Program in Victoria before moving to Smithers where he became a highly respected field botanist/ecologist working for the Research Section of the BC Ministry of Forests. During that time he worked on further development and refinement of the BC Biogeoclimatic Ecosystem Classification system (BEC) continuing the work of his mentor Dr. Vladimir Krajina.

Pojar has published numerous scientific articles and reports as well as several other popular plant field guides. Most notably, Plants of Coastal B.C., also co-written with Andy MacKinnon of the B.C. Forest Service) became a bestseller (reputedly 250,000 copies sold to 2013). The collaborative work Plants of Coastal British Columbia including Washington, Oregon & Alaska (Lone Pine, 1994) was first published in conjunction with the B.C. Ministry of Forests. Other writers include Paul Alaback, Joe Antos, Trevor Goward, Ken Lertzman, Rosamund Pojar, Andrew Reed, Nancy Turner and Dale Vitt. In addition Pojar was co-author of the companion books Plants of Northern BC , and Plants of the Western Boreal Forest and Aspen Parkland (all published by Lone Pine).

Described as shy and retiring, Jim Pojar continues to roam the alpine and subalpine meadows of northern B.C.