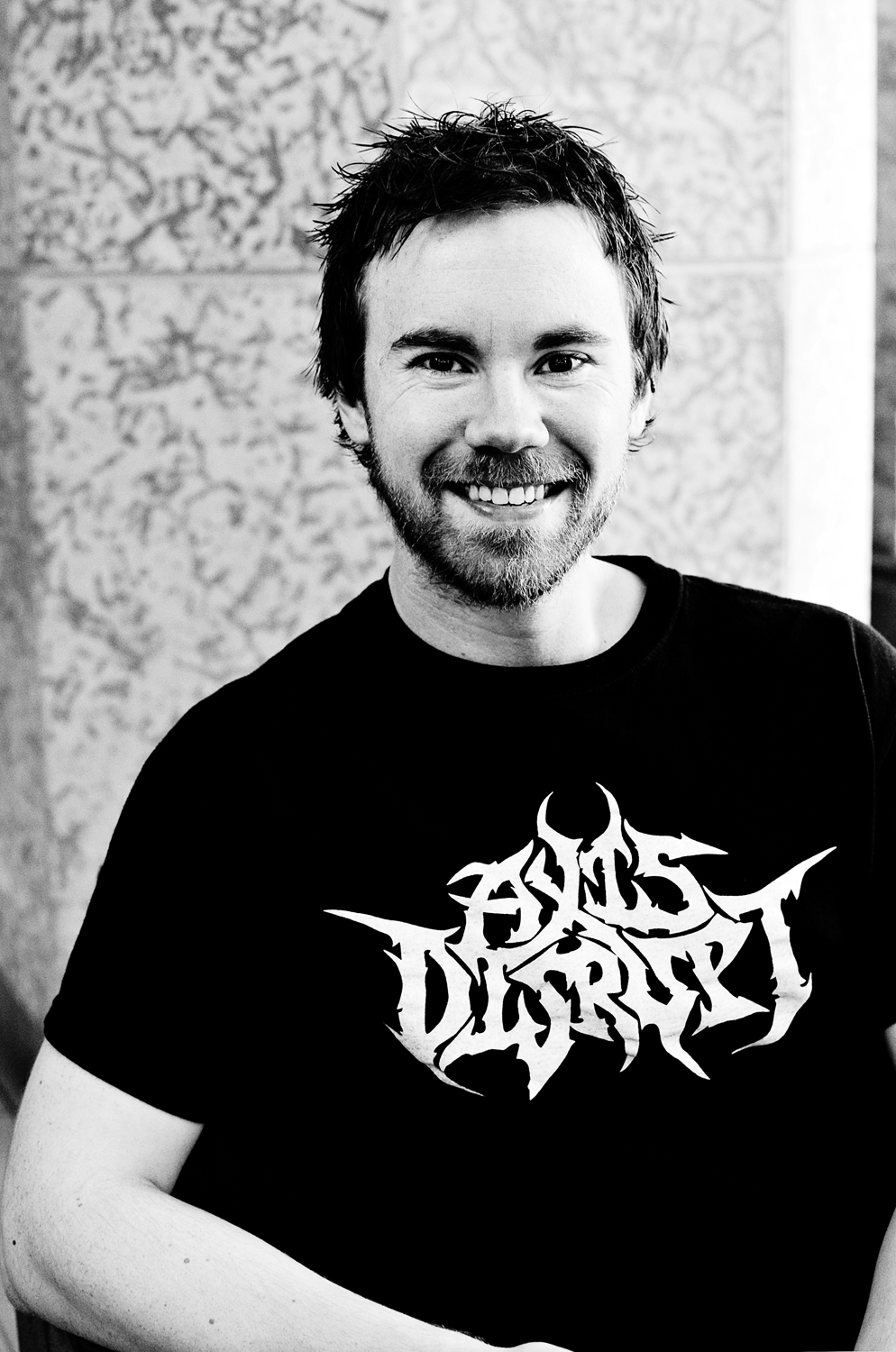 
Born in Kamloops, Adam Pottle grew up in B.C. with a hearing impairment. He lives in Saskatoon, Saskatchewan where he was a graduate student at the University of Saskatchewan when he published his first full-length work of poetry, Beautiful Mutants (Caitlin, 2011), including amputee sex swingers, tattooed Parkinson's patients and institutionalized adolescents. It was shortlisted for the Saskatchewan Book Awards in two categories: First Book Award and Award for Poetry. Beautiful Mutants has been described as an edgy and jarring collection that cracks open the world of disability.

Disability is also the prism for his novel, Mantis Dreams -- The Journal of Dr. Dexter Ripley (Caitlin Press, 2013). [See review below]. It received the City of Saskatoon and Public Library Saskatoon Book Awards in 2014.

Ninety-nine years later, in Adam Pottle's Mantis Dreams, the protagonist has a re-occurring dream in which he has been transformed into a gigantic 'King Kong' Mantis, stomping on buildings and people who appear to be smiling and waving at him. In fact, their attack upon him is imminent.

In his mid-40s, Ripley has been hammered by Charcot-Marie-Tooth disease (CMT), an inherited and incurable disorder of the peripheral nervous system characterized by a progressive loss of muscle tissue and touch sensation. He's wracked by pain and tremors and confined to a wheelchair.

But Ripley has made a choice to refuse the medication that would slow his deterioration, relieve some of his pain, and even allow him to walk again. Dexter could be independent but he chooses instead to take one of the much-needed beds in a care home, gloating over the fact that it frees him to devote himself totally to his work with no distractions, great meals, massage therapy as needed, 24-hour help, and even a driver who takes him to the university where he teaches English Literature.

His doctor calls his decision unprecedented. Ripley's reasons for refusing treatment are complicated. The professor claims that his illness has enabled him to see himself in a deliriously wonderful way; that is, it has opened the door to a privileged perspective: the more disabled he becomes, the clearer he sees the world.

Schopenhauer might approve, but we don't buy that. What we see instead is someone who is using his illness to get power and privilege, to roll over whoever stands in his way and to insult, hurt, and humiliate others without reprisal.

"Mantis Dreams started with Dexter's voice,"; Pottle says. "He began yammering in my head one day and he just wouldn't shut up. He said some interesting things though, so I wrote them down, and within a few months I had a novel.";

Pottle is tired of political correctness when it comes to physical challenges. "I know from experience that disability discomforts people,"; he says. "I personally have no problem discussing my hearing impairment, but I know other people who are reluctant to discuss their condition.

"Disability is one of the last sacred subjects, a final taboo, which makes it even more interesting to write about. Dexter and I both share a suspicion of inflated political correctness, particularly within the academy. It can push political correctness too far, and it often exposes itself to hypocrisy.";

Having a strange disease is not hurting Dexter's academic reputation. His body isn't twisted with amyotrophic lateral sclerosis (ALS) like Hawking's, but Dexter is understandably talked-about in his field and he is receiving invitations to sit on panels and give papers and keynote speeches at conferences.

In contrast, his sister Maggie is a saint. Still consumed with guilt over the branding iron episode, a guilt that her abusive brother exploits to the hilt, she has been trying to convince Dexter to leave the home to live with her and her son, 15-year-old Randall, the only one Dexter does not bait. Conversely, Randall admires and loves Dexter as the lone male figure in his family and the feeling is covertly returned.

Dexter loves teaching, he loves living in the care home, and he needs Maggie and Randall especially, and yet his behavior threatens to ruin all three things.

Maggie is overwrought at the things her brother is teaching her son, attitudes that will not make the teenager's life any easier. Randall has become another barb that Dexter can use to twist in his sister's skin. He goads his sister time and again, and betrays her confidence, obviously thinking she'll always be there for him.

Dexter berates students in his English Literature class, knowing he risks censure from the department head, partly because he believes his growing academic reputation will keep him immune.

The professor knows that getting drunk, assaulting a handicapped beggar, insulting the home care staff and abusing the residents could well lead to his eviction, but he does it anyway, assuming his disability will enable him to be excused. It's one way of putting his disability to use.

"Dexter grew out of my obsession with disability and my dissatisfaction with the way it's portrayed in literature,"; says Adam Pottle, currently pursuing a doctoral degree in English Literature and teaching at the University of Saskatchewan.

"To me, disability is so complex an idea that it's impossible to say exactly what it means in Canadian fiction; rather, it's a disruptive presence. It undermines conventional narratives, and makes literature fresh again.";

[by Cherie Thiessen who reviews fiction from Pender Island.]