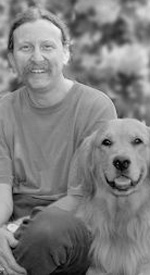 EMPLOYMENT OTHER THAN WRITING: Special Event and Concert production

Where to Walk Your Dog in Greater Vancouver (Arcadian Productions, 1998)

Ross W. Powell is a native of North Vancouver and has been hiking, camping, and canoeing around the Greater Vancouver area since he could balance on two feet.

Ross started out as a Musician, has worked in television as a Researcher, as a Production Manager and Producer in Concert and Special Event production, and as a Stage Manager, including a four-year period with the Vancouver Symphony.
Where to Walk Your Dog was published by Ross' own company, Ross doing all the lay-up, maps, and photography for the book.