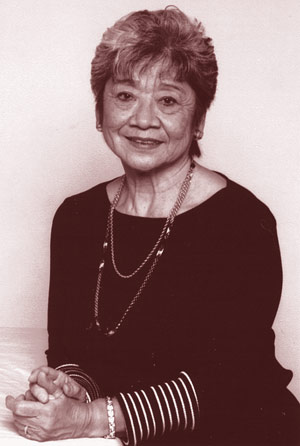 
As age 78, Lily Hoy Price, as the ninth of twelve Chinese Canadian children, has published her childhood memoir Full Moon: Stories of a Ninth Daughter (Brindle and Glass $19.95) after taking her first creative writing course at age 70, at the Comox branch of North Island College. She subsequently submitted a reminiscence about a pair of shoes, 'Almost Cinderella,' to her instructor at the Victoria School of Writing, Lynne Van Luven, who encouraged her to publish it in Ricepaper magazine.

Price proceeded to interview her sisters and friends, as well as consult numerous books about the Cariboo, including Faith Moosang's book about her beloved father called First Son: Portraits by C.D. Hoy. As well as managing a general story, her father, Chow Dong Hoy, had been an accomplished commercial photographer who left a legacy of more than 1,500 photos of the Cariboo. Hoy had taught himself photography in Barkerville in 1909 and opened his general store in 1913.

Lily Hoy Price has inherited her father's kerosene lamp-marked desk dating from the early 1900s. "The desk is now part of my bedroom furniture," she writes. "It is the first thing I see in the morning and the last thing at night." Whereas her father gave his children English names; her mother gave them Chinese names. She was named Lily by her father, but her Chinese name means Full Moon.

Born in Quesnel in 1930, Lily Hoy Price of Courtenay has also lived in England, Nigeria and Uganda.

Review of the author's work by BC Studies:
I Am Full Moon: Stories of a Ninth Daughter