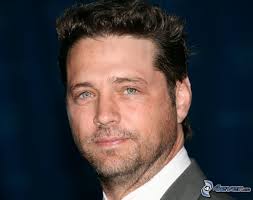 
Vancouver-born actor, Jason Priestley opens up about his private life in the autobiography, Jason Priestley: a Memoir (Harperone $33.50). Priestly spent nine years playing teen heartthrob Brandon Walsh in the hit television series Beverly Hills 90210. Now, 20 years after 90210, actor, director and former race car driver, Priestley writes about life as a celebrity, his marriage and fatherhood, while speaking candidly about the journey from Vancouver to international stardom, his near fatal racing accident and jail time served for impaired driving.

"I'm only 44, and my life and career are certainly not over," he writes, "It's like Indiana Jones says, 'It's not the years. It's the mileage.' I think I've got 400,000 miles on me... In August 2012, it had been 10 years since my near-fatal race car accident. I'd done a lot of damage to myself, including three skull fractures, but I'd rebuilt my body and mind. I'd married my girlfriend (Naomi Lowde), had two children (Ava, 7, and Dashiell, 5, on July 9) and got back the career I'd had before the crash. It felt like the right time to write a book like this. For anyone who's been faced with challenges and obstacles that they feel like they can't overcome, yes you can." And, yes, there is stuff in the autobiographer about his former roommate Brad Pitt.