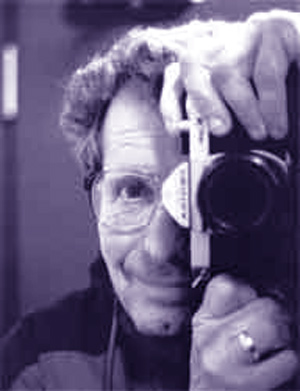 
Dan Propp was born in Sucre, Bolivia in 1944 after his parents Arthur and Elsa Propp had fled the Nazis. His mother fled Germany by ship to Brazil. His father, who was older, had been imprisoned by the Nazis after Kristallnacht. Just before the war ended he managed to escape from Berlin by air with the assistance of a woman from the British underground who managed to get him aboard a plane just before it took off. Bolivia was one of the few countries willing to accept Jewish immigrants. They came to B.C. in 1950, first to Vancouver, then settling in Gibson's Landing a few months later where, in his 60s, Arthur Propp started the Sucre Lumber Co. In the late 1960s, after his father died, Dan Propp wrote to Elie Wiesel about his parents' experiences. Wiesel subsequently provided numerous notes of encouragement to Dad Propp over the years, the last one in April of 2013, as Propp produced four self-published books. Eventually Dan Propp arranged for the publication of his father's memoirs, written in German, as Von Koenigsberg nach Kanada (2017), translated into English as Where the Straight Path Leads (2017), both available via Amazon.

Dan Propp taught in the Surrey school system for 23 years, previously working for The Richmond Review in the 1970s; also the Surrey Leader. He studied photography in Los Angeles during the 1960s, an era he recalls in his self-published book, The Postcard Photographer.

Dedicated to the children of the Holocaust, his collection 3 Stories contains a satire on public education, "HMS Chalkholder", in which a group of teachers form the League of Bold Optimistic Teachers of Modern Youth (LOBOTOMY). It's preceded by The Berlin Baker's Son, a story about a child of the Holocaust who searches for a sense of belonging in Los Angeles and Vancouver, and A Nobody From Powell River, about a son's upbringing in an isolated Jewish family and his attempts to untangle his parents' post-Holocaust trauma.

An accordion player, singer and performer, Propp also sells music cds of his music and has written a monthly column for Today's Senior called 'Accordion to Dan.'

ANCESTRAL BACKGROUND: one of the children of the Holocaust (German Jewish)

Articles: 1 Article for this author
The Postcard Photographer: Includes The Kid from a Mill Town
Publisher's Promo (2013)


Vancouver, British Columbia, is a special city. It has brought peace, dignity and anonymity to so many from all walks of life and nations.The Postcard Photographer takes the reader on a leisurely walk back to the 1960s, the years of Viet Nam, soul-searching, the sudden and sad ending of the Kennedy era, the peace marches and the fold music that stirred the hearts of a generation. The first story in this book focuses on two rather lost individuals; one from Los Angeles and the other from the B.C. pulp and paper town of Powell River. In Vancouver both discover their identities, passions and goals. Though fiction, the two stories reflect the journeys of photographer and author, Dan Propp, who imparts many nostalgic memories as a photo student in 1960s in B.C., doing wedding photography, teaching adult education classes and chasing fire engines, Dan's stories bring to life the intimate history of the times and places.