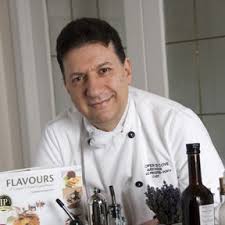 
Sooke-based gourmand Angelo Prosperi-Porta concocted more than 85 sweet and savory recipes for Honey (TouchWood 2015) his paean to the natural sweet ingredient produced by bees. Many of the recipes were inspired by his Italian heritage. Prosperi-Porta's first book, "Flavours of Cooper's Cove Guesthouse" won multiple awards.

Angelo Prosperi-Porta has worked in fine dining hotels and restaurants on Vancouver Island and Whistler. In 1999 he and his partner Ina Haegemann opened Angelo's Cooking School at Cooper's Cove Guesthouse in Sooke.