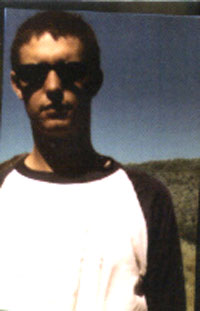 
Born in 1978, Matt Rader grew up in the Comox Valley, studied writing at the University of Victoria and Banff, and has lived in Vancouver and Oregon. As the editor of a literary chapbook imprint, Mosquito Press, and co-founder of Crash: Vancouver's Indie Writers Fest, Matt Rader released a debut collection of poetry entitled Miraculous Hours (Nightwood 2005), nominated for the 2006 Gerald Lampert Memorial Award. It was followed by a second collection, Living Things (Nightwood 2008), and a third, A Doctor Pedalled Her Bicycle Over the River Arno (Anansi 2011).

With endorsements from Jack Hodgins ("remarkably strong, original and new") Madeleine Thien and Michael Crummey, Matt Rader's debut first collection of stories What I Want to Tell Goes Like This by Matt Rader (Nightwood Editions, October, 2014), set mainly in the Comox Valley, revisits the shooting death of union leader Albert "Ginger" Goodwin in 1918 as well as the Coal Strike of 1912-1914. Stories of labour activism from the early twentieth century are mixed with contemporary experiences that include two boys experimenting with sexual violence at the end of a secluded logging road. The final story won The Malahat Review's 2014 Jack Hodgins Founder's Award for Fiction.


VANCOUVER / TORONTO -- Nightwood Editions is pleased to announce that Miraculous Hours, the first poetry collection of Matt Rader, was nominated for the 2006 Gerald Lampert Memorial Award. Miraculous Hours is the fierce and tender retelling of early significant-and-strange interactions with the ones we love and the world we live in. From a world where wild dogs slide like ghosts into homes, water towers are "giant blue bullets unexploded in the earth"; and walls are tortured to talk, Matt Rader forms a meticulously crafted reflection on how the events, experiences and environment of our early lives shape our sense of faith, our strongest convictions, and the map of the world we carry with us. The Gerald Lampert Award jury calls Miraculous Hours "a keenly developed collection that is at once... grounded and finely crafted... [F]rom the opening lines of this fine first collection, we are 'plunged feet-first into the anxious river' of Rader's words; swept up in their swirling current."


A poet who can do woodstoves and chain saws, Matt Rader, who grew up in Comox and now lives in Oregon, is not a nature faddist. Living Things (Nightwood $16.95) is a slim volume that shows a highly familiar knowledge of trees, plants and birds which did not get picked up by browsing a field guide.

In a poem from a longer piece, Lives of North American Trees, the poet gets hectored by the "heart on sleeve, bad skin"; arbutus.

"Windfirm. Hardscrabble. / I unravel a standard in the rock and grime / of the subsoil where you too will return/ in the post burn of your life.";

Rader's nature is specific; there's not an airy abstraction to be found. The poems about compost exude the sweetish scent of semi-decomposition.

"Chipped enamel of egg, cuttings, kitchen chaff,
coffee grounds ground down to earth by a staff
of earthworms, the compost moulted in its spot
at the garden's verge, a fetid incubator of rot....

End-rhymed, cadenced and often in formal patterns such as sonnet, there is nothing sloppy about these wry observations and they are very informed.

Sit with one of Rader's tree poems, close the book, close your eyes, and there is his exact tree. You've been momentarily away from your self, the tree took you away.