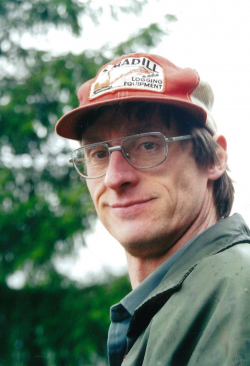 
At the age of seven, Nicholas Raeside helped put out a bushfire in his bare feet. Later, while studying in high school, he took days off to help fight local wild fires, sometimes with nothing on his feet but plastic sandals. As an adult he began working in the logging industry where he held many jobs but eventually specialized in slashburning: the mandated use of controlled fires to clean up logging slash and other debris left behind by industrial logging, a practice meant to reduce fire hazards. In his  memoir, Slashburner: Hot Times in the British Columbia Woods (Harbour $24.95) he wrote about what it was like working in B.C.'s forests during the 1970s, 80s, and 90s when just about anything went. It's his first book.