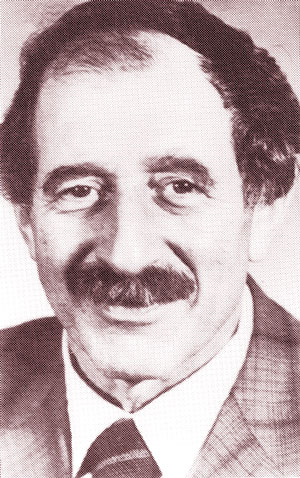 
Born in Vancouver on May 8, 1920, son of an immigrant Jewish tailor, the crusading, humourous and independent-minded Vancouver City councillor Harry Rankin often topped the aldermanic polls when he ran as a left-leaning candidate who was first elected in 1966 (having first attempted to run for the office thirteen years earlier). Having helped create the Committee of Progressive Electors (COPE) to combat the ruling NPA party in civic politics, Rankin eventually ran for mayor of Vancouver in 1986. and lost that election to Gordon Campbell.

He graduated from UBC Law School and served with distinction with Canadian forces in Italy during World War II. As a young defense lawyer who was admitted to the bar in 1950, Rankin helped found the B.C. Legal Aid Society. His memoir of thirty years as a lawyer is Rankin's Law (November House, 1975). His first of many columns for The Georgia Straight appeared on page four of the inaugural issue, May 5-18, 1967. He was listed on the masthead from the outset of the publication as a Contributing Editor.

As an alderman, with help from Ben Swankey, he also wrote an excellent but little-known book, A Socialist Perspective for Vancouver (Toronto: Progress Books, 1974). It begins: "All my experience as an alderman, all my experience as a lawyer, all my reading of political events in the country and the world indicate one thing very clearly to me -- our society has broken down."