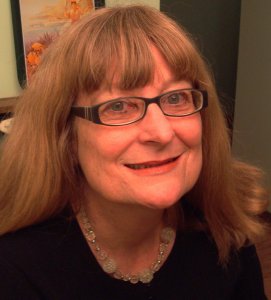 Ginny Ratsoy is an Associate Professor of English at Thompson Rivers University specializing in Canadian literature. Recent courses have included British Columbian Literature and The Environment in Canadian Literature.

She has also co-edited ( with W.F. Garrett-Petts and James Hoffman) Whose Culture Is It, Anyway? Community Engagement in Small Cities and published articles on theatre, playwrights, and small cities in British Columbia.


Playwrights Canada Press, as part of its series Critical Perspectives
on Canadian Theatre in English, has recently published Theatre in
British Columbia, edited by Ginny Ratsoy of Thompson Rivers University.

Theatre in British Columbia is a collection of eighteen scholarly and
critical articles encompassing the period from the late 1960s to the
present -- the crucial period which saw the burgeoning of BC theatre
--written by such experts as Reid Gilbert, Sherrill Grace, James
Hoffman, Malcolm Page, and Jerry Wasserman on such playwrights as
Thomson Highway, Joan MacLeod, George Ryga, and theatre companies as
Tamahnous, Caravan Theatre, and Headlines. A thirty-page introduction
not only contextualizes the articles but also explores larger questions
about the defining characteristics of scholarship on BC performance. The
collection aims to both represent the recognized theatrical milestones
in the province and provide a forum for insight into areas that have
been historically marginalized.

Theatre in British Columbia is the sixth of nine volumes in a series
(under the general editorship of University of Guelph professor Ric
Knowles). The series, as described by Playwrights Canada Press, "sets
out to make the best critical and scholarly work in the field readily
available [by publishing] the work of scholars and critics who have
traced the coming-into-prominence of a vibrant theatrical community in
English Canada."

Theatre in British Columbia is the onlyregionalcollection in the series
and, according to Knowles, will be used as a model for additional
collections to be published by Playwrights Canada Press. It is the first
book of scholarly essays on BC drama and theatre and nicely complements
Playing the Pacific Province: An Anthology of British Columbia Plays,
1967-2000, which Ratsoy co-edited with fellow TRU professor James
Hoffman in 2001.