Charlotte Reading co-edited Determinants of Indigenous Peoples' Health in Canada: Beyond the Social (Women's Press 2017), which highlights the voices and expertise of First Nations, Inuit, and Métis writers from across Canada.

In 2020, as Dr. Charlotte Loppie, she was awarded a $3.5 million grant to fund a new provincial network that will provide Indigenous peoples with the ability to have more control over what and how research is conducted to improve health and wellness in their communities.

Charlotte Reading, now Charlotte Loppie, was a professor in the School of Public Health and Social Policy at the University of Victoria who became Director of the Centre for Aboriginal Health Research. The Centre for Aboriginal Health Research (CAHR) was renamed the Centre for Indigenous Research and Community-Led Engagement (CIRCLE) to reflect an expansion of the mandate beyond a focus on Indigenous health research. Previously, she was a Métis professor in Dalhousie’s School of Health and Human Performance.

In her 2013 essay Understanding Racism, she concludes: "Race is not a biological fact but rather a socially constructed concept that was created and is maintained to establish disparities in the distribution of resources and power (Smedley & Smedley, 2005). The roots of inequities within structures, systems and individual behaviours are deeply embedded in erroneous beliefs about innate differences between groups of people. This is particularly evident in relationships between people of European ancestry and Indigenous peoples in North America. Racism exists in several, often intersecting, forms including: negative and stereotypic attitudes about ‘racialized’ groups, the dominance of western knowledge systems, overt aggression and more subtle discriminatory behaviours, as well as structural inequities and social exclusion. In the next paper, we will explore how a racist ideology and diverse forms of racism create and perpetuate disadvantage and poor health among Aboriginal peoples."

According to a 2013 Tyee article by Katie Hyslop: "One of five children born to a Mi’kmaq mother and an Acadian father, Reading [Loppie] left home as a teenager when her father’s alcoholism and a mother “damaged” by an abusive childhood made life at home too chaotic to handle. After working a number of “shitty jobs,” as she recalls them, Reading applied for and was accepted into a Nova Scotia Board of Trade program that combined high school equivalency with office skills.

"After obtaining her GED through the program at 21, she got a job with Canada Mortgage and Housing, got married, and had a child. She left her job when her daughter was born, but she and her husband separated soon after. It was then, at 30, that Reading realized her limited education wasn’t going to support both her and her young daughter.

“Someone said, ‘You can go to school and social services will pay your living expenses.’ So they gave me about $900 a month and I went to university, scared to death, and did it,” said Reading, who attended Dalhousie for undergraduate, masters, and PhD programs, sustained by scholarships and hard work. 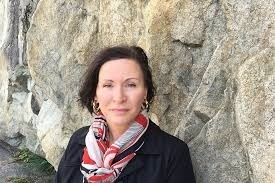