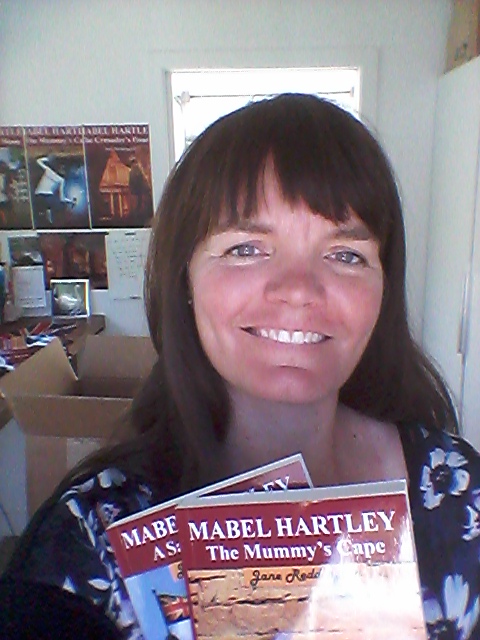 
The author of a YA fiction series, Jane Reddington has created a young adventurer akin to Nancy Drew. The first in the series, Mabel Hartley: A Sapphire Moon (Gentle Soul Productions 2016) is set in a British boarding school and introduces readers to a girl protagonist who has an Indiana Jones-like knack for finding treasure. Mabel, along with her two best friends, discovers tunnels that lead them to paintings hidden over a century ago. The paintings had been owned by an heiress who knew the renowned Marc Chagall when he had a studio at the Beehive in Paris before the First World War. Mabel Hartley: The Mummy's Cape (Gentle Soul Productions 2016) finds Mabel and her friends travelling to Scotland to learn about Bronze Age artifacts and skeletons in peat bogs. The third book, Mable Hartley: The Crusader's Hoard (Gentle Soul Productions 2016) has the young Mabel on the road again, this time to Petra, Jordan using a centuries-old map previously owned by a Crusader knight from Scotland.

Reddington was born in England in 1973, travelled with her family to Turkey in 1976 and Nigeria in 1978. In 1980, her family settled in Vancouver. In 1984, her family briefly moved again to Indonesia where they lived in Jakarta for a few years. She attended high school in West Vancouver before going to Carleton University to study Journalism. She now resides on Gabriola with her husband and children.